COVID-19 has worsened inequalities in U.S., across the Americas, report says

April 7 (UPI) -- COVID-19 has increased social and economic inequality in the United States and other countries of the Americas, watchdog Amnesty International said Wednesday in its annual report on the state of human rights.

The 400-page analysis says North, South and Central America has been worst hit by the crisis, with about 55 million cases and 1.3 million deaths to date.

The United States, Brazil and Mexico have the world's highest death tolls, partly because their governments, the report says, struggled to give consistent health guidance, failed to protect the most vulnerable populations or failed to provide full transparency.

The report notes that COVID-19 exacerbated "systemic inequality, widespread repression and destructive policies" that contributed to the Americas becoming the worst-affected region.

RELATED Study: Mexico, U.S. have had most health workers die of COVID-19

Specifically, the study shows that women, refugees, migrants, underprotected health workers, Indigenous and Black people and other groups have borne the brunt of the pandemic. Some leaders, it says, actively exploited the crisis to ramp up their assault on human rights.

"Over the last year, we've witnessed certain leaders in the Americas respond to the pandemic with a mixture of denial, opportunism and contempt for human rights," Amnesty International Americas Director Erika Guevara-Rosas said in a statement.

"We cannot continue down the road to ruin, repeating the mistakes that left the region ravaged by inequality, discrimination and destruction, even before COVID-19 struck."

The Americas began 2020 as the world's most unequal region, and the pandemic only worsened conditions -- with an additional 22 million people falling into poverty and 8 million into extreme poverty.

COVID-19 hit the region's economy hard, while government measures "frequently undermined the social, economic and cultural rights of those in the most precarious situations," the report states.

More than 10,500 health workers across the Americas had died from COVID-19 as of last month.

"Health professionals in almost every country [have complained] about their governments' failure to provide safe working conditions and sufficient personal protective equipment," it added. "Those who spoke out sometimes faced sanctions, as in Nicaragua, where at at least 31 health workers were fired after expressing their concerns."

Amnesty says arbitrary arrests have been common and often linked to enforcement of COVID-19 restrictions, with some countries forcibly quarantining people in state-run centers that failed to meet sanitary and physical distancing standards.

Several governments detained refugees, asylum-seekers and migrants in conditions that left them at high risk of contracting COVID-19, while others forcibly returned people without considering their asylum claims, the report said.

The hard-line immigration measures from the Trump administration were also criticized by Wednesday's analysis.

Amnesty says U.S. authorities "summarily detained and deported almost all asylum-seekers on the U.S.-Mexico border, expelling over half a million migrants and asylum-seekers from March 2020 through February, including more than 13,000 unaccompanied children as of November 2020."

Prisons in the Americas were rife with poor sanitary conditions and overcrowding, and inmates were denied their right to health and were often exposed to COVID-19.

The report said pandemic-related restrictions affected freedom of expression in nations where it is under threat, including Mexico, Bolivia, Brazil, Cuba, Uruguay and Venezuela. Mexico, in fact, was the world's deadliest country for journalists in 2020. More than 3,000 Brazilians -- 79% of them Black -- were killed by police between January and June.

Violence against women and girls across the Americas has surged since the start of the outbreak, with lockdown measures leading to a marked increase in domestic violence, rape and homicide. Measures to protect women and girls were inadequate, Amnesty says.

"The governments of the Americas must rebuild the region into one grounded in fairness, compassion and humanity," Guevara-Rosas added.

"While the first year of the pandemic has been particularly difficult for the Americas, we draw strength from the passion and resilience that we have witnessed from activists across the region, especially from women, young people and anti-racist activists. Their courage in the face of adversity shows us that we can create a more just world for everyone." 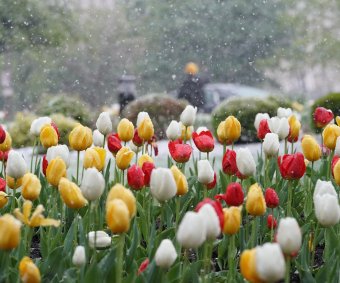