Pfizer and BioNTech said studies showed "strong immunogenicity" in the children a month after the second dose, and said the vaccine was "well tolerated." File Photo by Aaron Josefczyk/UPI | License Photo

March 31 (UPI) -- Pfizer and partner BioNTech announced on Wednesday that its two-dose coronavirus vaccine has shown in clinical testing to be highly effective in children between the ages 12 and 15, even more so than in adults.

The companies, which partnered last year to develop their COVID-19 vaccine, announced the results of a third-stage study of how the formulation performs in teenage children.

The results show that the vaccine had a 100% efficacy rate and activated robust antibody responses in about 2,300 children between 12 and 15 who were involved in the trial.

Fewer than 20 cases of COVID-19 were observed in the group of children who were given a placebo and none were seen in the vaccinated group, the companies said.

Pfizer and BioNTech added that there was "strong immunogenicity in a subset of adolescents" a month after the booster dose, and said the vaccine was "well tolerated" and produced side effects generally consistent with those observed in an earlier study in children between 16 and 25.

"We share the urgency to expand the authorization of our vaccine to use in younger populations and are encouraged by the clinical trial data," Pfizer CEO Albert Bourla said in a statement.

"We plan to submit these data to FDA as a proposed amendment to our emergency use authorization in the coming weeks and to other regulators around the world, with the hope of starting to vaccinate this age group before the start of the next school year."

The Pfizer vaccine was approved for use in the United States in December and millions of doses have been administered nationwide. According to the Centers for Disease Control and Prevention, 29% of the U.S. population have so far received at least one dose of available vaccines and 16% have been fully vaccinated.

"[The results] suggest that children are particularly well protected by vaccination, which is very encouraging given the trends we have seen in recent weeks regarding the spread of the [British] variant," BioNTech founder and CEO Ugur Sahin said in a statement.

Pfizer announced last week that it will soon begin testing the vaccine in younger children, between the ages of 6 and 11.

"The study is evaluating the safety, tolerability, and immunogenicity of the Pfizer-BioNTech COVID-19 vaccine on a two-dose schedule in three age groups: children aged 5 to 11 years, 2 to 5 years, and 6 months to 2 years," Pfizer said Wednesday in an update. "The 5-to-11-year-old cohort started dosing last week and the companies plan to initiate the 2-to 5-year-old cohort next week."

U.S. News // 8 minutes ago
Fauci: CDC, FDA likely to make decision on Johnson & Johnson vaccine pause Friday
April 18 (UPI) -- Dr. Anthony Fauci said Sunday he believes the CDC and FDA will make a determination about the temporary pause in use of the Johnson & Johnson COVID-19 vaccine by Friday. 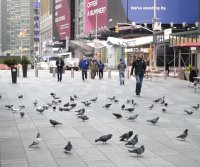 U.S. News // 42 minutes ago
Wintry weather to strike again in the Northeast
After a potent nor'easter threw the Northeast back into winter for a few days, residents are wondering when it'll feel like spring again. AccuWeather forecasters believe warmer weather is imminent, but will not last long 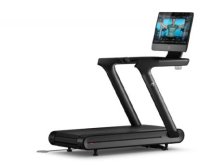