Rep. Tom Reed, R-N.Y., said he will not run for any office in 2022 after being accused on Friday of sexual misconduct. Photo by Kevin Dietsch/UPI | License Photo

March 21 (UPI) -- New York Republican Rep. Tom Reed issued an apology Sunday to the woman who accused him of sexual misconduct, stating he will not seek political office in 2022.

In a statement, Reed apologized to Nicolette Davis, who accused him in an article published Friday by The Washington Post of unsolicited sexual contact in 2017.

"Even though I am only hearing of this matter as stated by Ms. Davis in the article now, I hear her voice and will not dismiss her," he said.

Davis, a former lobbyist for an insurance company, accused the 49-year-old congressman in the article of rubbing her back when she was 25 years old during a gathering at a Minneapolis Irish pub following a day of ice fishing.

She texted a friend and co-worker that "[a] drunk congressman is rubbing my back," adding later, "HELP HELP."

According to The Washington Post, Davis said Reed was intoxicated and with his hand outside her blouse unclasped her bra. Frightened, she asked the person sitting next to her for help, who then pulled Reed from the table and then from the restaurant.

Reed responded in a statement to the allegation that "the account of my actions is not accurate," before issuing the apology on Sunday, stating "my personal depiction of this event is irrelevant. Simply put, my behavior caused her pain, showed her disrespect and was unprofessional."

He said the incident occurred during a time in his life when he was "struggling" with alcohol addiction, for which he entered treatment that year.

Davis' allegation was published as Reed has been signaling for months he may run for governor against incumbent Andrew Cuomo who has come under increasing pressure to resign over a series of sexual misconduct allegations.

Reed's statement said he would not be running for any office in 2020 and that he will be retiring from public service on Jan. 2, 2023.

"I was wrong, I am sorry and I take full responsibility," he said.

U.S. News // 2 hours ago
Calif. court strikes law on transgender pronoun use in nursing homes
July 30 (UPI) -- A California appeals court has struck down a provision in a state law that made it a crime for staff members at nursing homes to "willfully and repeatedly fail to use a resident's preferred name or pronouns. 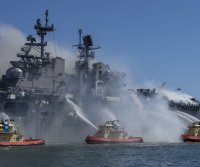 U.S. News // 6 hours ago
Navy charges sailor in 2020 Bonhomme Richard fire
July 29 (UPI) -- The U.S. Navy charged a sailor in connection with evidence found during an investigation into the 2020 fire that destroyed the USS Bonhomme Richard, officials said Thursday. 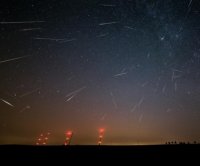 U.S. News // 9 hours ago
Hudson Yard's Vessel shutters after fourth death
July 29 (UPI) -- New York City's the Vessel landmark was shuttered in response to a visitor who died by suicide Thursday, about two months after reopening in the wake of other deaths.

U.S. News // 10 hours ago
States with vaccination rates below 50% see surge in COVID-19 hospitalizations
July 29 (UPI) -- Rates of COVID-19 cases and hospitalizations have been surging throughout the United States, particularly in states that have fully vaccinated less than 50% of their residents.

U.S. News // 23 hours ago
Biden announces COVID-19 vaccination requirements for federal workers
July 29 (UPI) -- President Joe Biden on Thursday announced he will require all federal workers and contractors to get vaccinated against COVID-19 or face restrictions, while also encouraging states and employers to offer incentives. 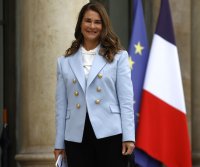