The autopsy results of Casey Goodson, Jr. are the last piece of the investigation prosecutors were waiting for. It is time for a grand jury to examine the evidence and move toward justice and accountability in this tragic death. pic.twitter.com/oPL2Cn2XCN— Mayor Andrew Ginther (@MayorGinther) March 18, 2021

March 18 (UPI) -- An Ohio deputy shot Casey Goodson Jr., 23, six times in December, with five of the bullets entering through his back, an autopsy report released by an attorney for Goodson's family confirmed.

The autopsy report was released from her attorney's office Wednesday.

Franklin County Sheriff's deputy Jason Meade, who was assigned to a fugitive task force searching for someone else, fatally shot Goodson, a Black man, of Columbus, Ohio, in the doorway of his home.

RELATED Atlanta attacks: Gunman's past said to include religion, sex addiction and guns

The autopsy report confirmed the manner of Goodson's death was a homicide and six gunshot wounds to his torso, five entering from his back and one to his right buttock, as his cause of death.

"We have known since the moment we found him on the kitchen floor that he was murdered," Payne said in a statement. "This report says it right there, Jason Meade murdered my son in his own home."

Attorney Sarah Gelsomino, a co-counsel for the Goodson family, said the killing was unjust.

"Casey, his family, and the people of Columbus deserve justice," Gelsomino said in a statement. "Meade had no justification to support killing Casey and no one who shoots a man in the back should remain a police officer. This report should lead to the immediate termination of Jason Meade from the Franklin County Sheriff's Office."

Mayor Andrew Ginther tweeted that the autopsy results were "the last piece of the investigation."

"It is time for a grand jury to examine the evidence and move towards justice and accountability in this tragic death," Ginther added in the tweet.

Payne said that the killing of her son was motivated by racism, a profanity-laced social media post, obtained by The Columbus Dispatch, shows.

A joint criminal civil rights investigation is currently underway by the FBI, the Columbus Division of Police and the Department of Justice Office of the Inspector General, which is working in partnership with the DOJ's Civil Rights Division and the Franklin County Prosecutor's Office.

A separate Franklin County autopsy report was released in December on the police killing of Andre Hill, 47, an unarmed Black man. Shortly after responding to a noise disturbance call on Dec. 22, Columbus, Ohio, police officer Adam Coy fatally shot Hill as he emerged from inside a garage holding a cell phone.

Coy, a 19-year veteran of the force, was fired the same month for not turning on his body camera and not rendering aid to Hill as he lay dying. Police hearing officers said he also failed to use trained techniques to de-escalate the situation.

Coy also had a history of complaints of excessive force, The Dispatch previously reported.

Last month Coy was charged with murder in the Hill shooting.

In January, Columbus, Ohio, Police Chief Thomas Quinlan, agreed to step down and move to the position of deputy chief. In a recorded statement, Ginther said Quinlan failed to implement reforms and changes to the force expected of him when he was appointed to the position in December 2019.

U.S. News // 2 hours ago
Watchdog: U.S. withdrawal mainly to blame for collapse of Afghan gov't
May 18 (UPI) -- A watchdog that monitors Afghanistan said Wednesday that the decisions by Presidents Trump and Biden to pull out troops out were the primary reasons the U.S.-supported regime there collapsed.

U.S. News // 9 hours ago
Pentagon finds no fault in 2019 Syria airstrike that killed civilians
May 17 (UPI) -- A Pentagon investigation into dozens of people killed during a 2019 airstrike in Syria found no rules or laws were broken but a number of compliance deficiencies caused the initial incident report to be delayed. 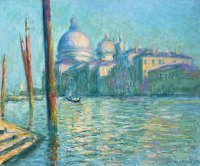 U.S. News // 13 hours ago
Grand Canal painting fetches $56.6M, a record for Monet Venice work
May 17 (UPI) -- A Claude Monet painting of the Grand Canal in Italy sold at auction Tuesday for $56.6 million, the highest one of his Venice paintings has fetched, Sotheby's in New York announced.