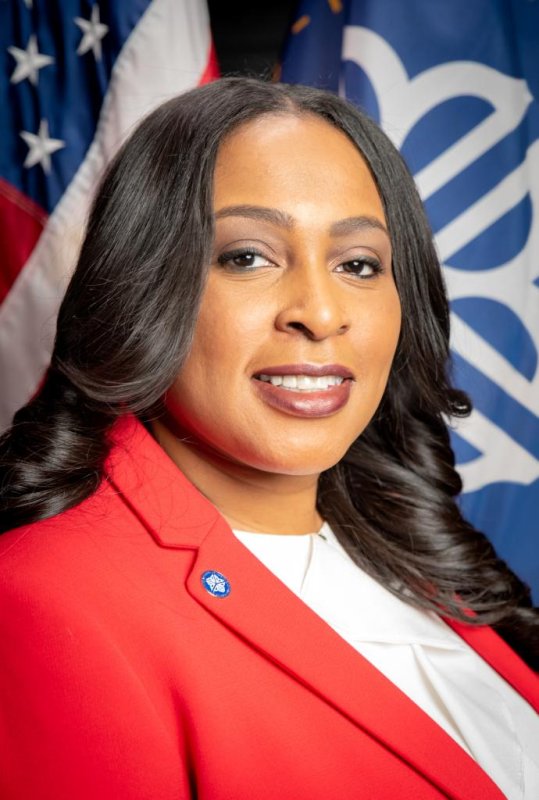 Rochester Mayor Lovely Warren, and other city officials, misled the public about the Daniel Prude case, a report said Friday. Photo courtesy of City of Rochester

The law firm of Andrew Celli, the attorney leading the investigation, released a 84-page report Friday.

A few weeks earlier a grand jury declined to prosecute seven officers involved in arrest of Prude, 41, an unarmed Black man, that resulted in his death by asphyxiation as they covered his head and held him to the ground on March 23 of last year, after Prude's family called emergency services reporting he was in a mental health crisis.

The grand jury determined none of the seven officers present at the arrest committed any crimes. State Attorney General Letitia James said in a statement the system "failed Mr. Prude," and vowed to work towards reform.

Warren announced the suspension of the seven police officers, released body-worn camera footage of the officers restraining Prude, condemned systemic racism, and criticized the police Chief La'Ron Singletary for his handling of the case at a September news conference, prompting protests.

Democrat & Chronicle reported that the police officers remain suspended, and the September news conference came after the city gave into the Prude family demand for release of officers' body camera.

The new report found that Mayor Warren was among city officials who knew by mid-April of last year police officers in Rochester, N.Y. had physically restrained Prude during his March 23, 2020 arrest, that the restraint caused his death, and that the officers were subject to criminal investigation. But none of those facts were disclosed to the public until the September 2, 2020 news conference.

"In the final analysis, the decision not to publicly disclose these facts rested with Mayor Warren, as the elected Mayor of the City of Rochester," the report stated. "But Mayor Warren alone is not responsible for the suppression of the circumstances of the Prude arrest and Mr. Prude's death."

The report also listed Chief Singeletary, Corporation Counsel Timothy Curtin, and Communications Director Justin Roj, as having learned about the same facts four-months before the information was disclosed to the public.

Furthermore, the report found that Singletary downplayed the role of police restraints in Prude's death, and "his statements did not capture the disturbing tenor of the entire encounter," which likely contributed to how city officials viewed the incident.

"Did officials of City government suppress information about the arrest and death of Daniel Prude between March 23, 2020, when the arrest occurred, and September 2, 2020, when the Prude family publicly released body-worn camera footage of the incident?" Celli asked in a statement on the report. "The straightforward answer is yes. The Investigation revealed no explanation that fully accounts for the more than four-month delay between the death of an unarmed man at the hands of Rochester police, and public disclosure of the facts and circumstances under which the death occurred -- other than a decision or series of decisions not to make such disclosure."

The report added that Warren, Curtin and Singletary provided reasons for not disclosing details earlier, but "some of those statements were untrue."

The City Council hired Celli, who also assisted in creating the Police Accountability Board.

"This report answers the call I made back in September -- we now know who knew what, when they knew it, and what they did or did not do about it," Rochester City Council Member Mitch Gruber tweeted Friday. "In the coming days we will digest this information and determine appropriate next steps."

U.S. News // 7 hours ago
Lava from Hawaii's Mauna Loa volcano eruption flows out of rift zone
Nov. 28 (UPI) -- Mauna Loa, one of the five volcanoes that form Hawaii's Big Island, is erupting for the first time in 38 years, though no evacuations have yet been ordered.