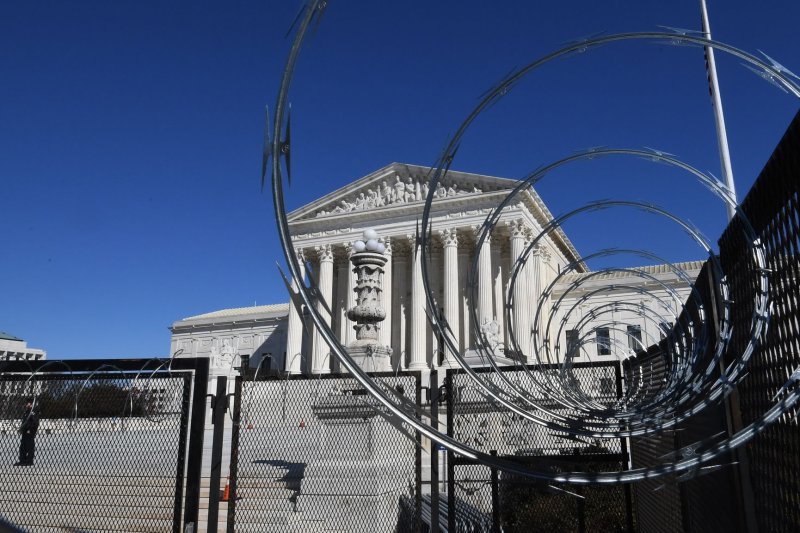 The expanded rule allowed officials to deny visas and green cards to individuals for their reliance on non-cash public assistance benefits such as food stamps, Medicaid, and government subsidized housing. Previously, the rule only applied to cash benefits.

Under the Trump administration, DHS appealed lower court orders finding expansion of the public charge term unlawful, but the Justice Department's Acting Solicitor General Elizabeth Prelogar told the Supreme Court in a brief letter Tuesday that both sides have agreed the challenge should be dismissed.

"The Biden Administration has rightfully withdrawn the government appeals of appellate court decisions enjoining the Trump DHS's public charge rule, clearing the way at last for this unlawful rule to no longer be enforced," the Legal Aid Society, along with other litigants, including constitutional rights and immigrant rights groups, who had challenged the Trump administration's public charge rule, said in a statement.

"Immigrant families can now access life-saving health care, food, and housing assistance for which they are eligible without fear that they will lose the chance to obtain lawful permanent residence, because the actions today mean that the harmful public charge rule will again be blocked."

Judge George Daniels of the Southern District of New York had enjoined the public charge rule in October of 2019, but the Supreme Court stayed injunction on Jan. 27, 2020, allowing the rule to go into effect.

The dismissal of the Trump administration appeal in the Supreme Court lifts the stay on the injunction in New York, Connecticut and Vermont.

The term "public charge" dates back to 1882, the same year the discriminatory Chinese Exclusion Act was enacted, barring mostly Chinese immigrants on the claim it "endangered the good order of certain localities."

More than a century later, then-President Bill Clinton's administration issued guidance that only cash welfare benefits or "institutionalization for long-term care" be considered for "public charge."

The litigants against the Trump administration's public charge rule said it was discriminatory, referring to it as "blatantly racist and xenophobic," in a statement.

"The Trump rule erected an invisible wall in the form of a wealth test that discriminated against people on the basis of race as a condition for regularizing their immigration status," the litigants against the rule said in the statement.

"This rule invited arbitrary, biased decision making. And because of the public charge rule, immigrant families have been living in fear of using essential benefits like healthcare, despite serving as frontline workers who have been among those hardest hit by COVID-19."

The Trump administration had argued the rule would benefit taxpayers by reducing the number of immigrants who received federal assistance.

U.S. News // 18 hours ago
Biden: Supreme Court got abortion decision wrong
June 24 (UPI) -- President Joe Biden on Friday lashed out at the Supreme Court's decision to reverse the 1973 Roe vs. Wade decision that guaranteed a right to an abortion, saying it has taken away basic freedom for millions.
Advertisement