Secretary of State Antony Blinken said in a statement that IRGC interrogators Ali Hemmatian and Masoud Safdari were designated under the Department of State, Foreign Operations and Related Programs Appropriations Act for their involvement in gross human rights violations.

The designation bars them and their immediate family members from entering the United States.

Blinken accused the pair of subjecting political prisoners and those detained during protests in 2019 and last year to torture and cruel, inhuman or degrading treatment or punishment.

The pair was designated as Washington and Tehran continue to jockey for leverage concerning entering negotiations on a new nuclear deal.

Former President Donald Trump pulled the United States from a multination nuclear accord signed during the Obama administration, under which Biden served as vice president.

Biden has said he is determined to prevent Iran from obtaining a nuclear weapon, and has repeatedly said he is willing to kick off new negotiations with the Middle Eastern country on a new deal but it first must return to compliance with the old deal, which Tehran has turned down in demand of sanctions relief.

A bipartisan group of 140 lawmakers on Tuesday sent a letter to Blinken urging the Biden administration as it seeks engagement with Iran to achieve a comprehensive agreement that addresses "the full range of threats that Iran poses to the region."

Javad Zarif, the foreign minister for Iran, replied on Twitter on Tuesday that the "C" in JCPOA stands for comprehensive and that Iran was the only country to fully implement the deal.

"Instead of posturing, U.S. & E3 must finally live up to their commitments made, but never fulfilled," he said, referring to Britain, France and Germany, the European signatories to the deal. "Iran will reciprocate."

#JCPOA IS the comprehensive plan concluded by E3+3 (incl US) & Iran. The "C" stands for COMPREHENSIVE.

It has been implemented only by Iran.

Instead of posturing, US & E3 must finally live up to their commitments made, but never fulfilled.#CommitActMeet

Ned Price, the State Department spokesman, reiterated to reporters during a press briefing on Tuesday that once Tehran is in compliance with the deal so too will become the United States and from there they will seek to lengthen and strengthen the deal.

They endeavor to use the JCPOA to negotiate follow-up agreements concerning ballistic missiles and Iran's support for terrorism, he said.

"So, it sure sounds like we are on the same page in broad terms," he added, referring to the bipartisan letter.

Price also said that the United States will pursue both of its interests in seeking a new nuclear deal with Iran while simultaneously holding it and its citizens accountable for committing human rights abuses.

"It is consistent with our values to make clear that there will be consequences for the sort of gross violations of human rights that these individuals engaged in," he said. "We can absolutely do both, and that's what we did today." 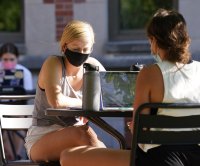 U.S. News // 6 hours ago
FDA panel recommends Pfizer COVID-19 vaccine for kids 5-11
Oct. 26 (UPI) -- The vaccines advisory committee to the Food and Drug Administration on Tuesday voted to recommend that Pfizer's COVID-19 vaccine be approved for children between 5 and 11 years old. 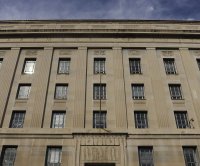 U.S. News // 5 hours ago
Verizon to use Amazon satellites for broadband Internet in rural areas
Oct. 26 (UPI) -- Verizon announced on Tuesday that it will use a satellite communications system that's being put together by Amazon to expand broadband Internet access to rural areas of the United States.
Advertisement