Biden promises every adult can be vaccinated by end of May 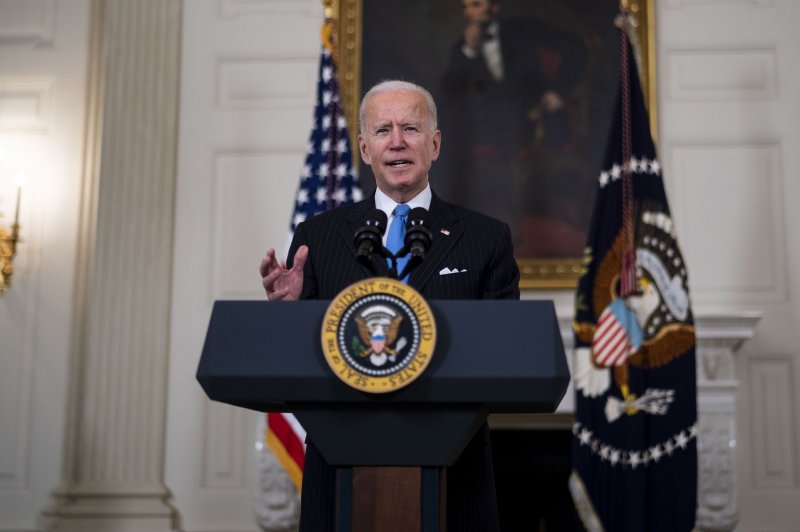 March 2 (UPI) -- President Joe Biden said Tuesday there will be enough COVID-19 vaccines for every adult in the United States to be fully vaccinated by the end of May, two months sooner than previously expected.

He made the announcement at the White House while unveiling details about a partnership between Johnson & Johnson and Merck, which are traditionally competitors, to ramp up production of the former's newly approved single-shot vaccine.

Biden called the cooperation between the two companies "a major step forward."

"With this increased production of three safe and effective vaccines, we have an opportunity to help address the urgent national need more quickly and get our schools back open safely," he added.

Biden said he's also implementing a new pharmacy program to get every pre-kindergarten through 12th-grade educator and childcare provider their first vaccine by the end of March. He said the effort will help see his promise to open schools.

Since the start of the pandemic, there have been about 28.67 million coronavirus cases and 514,700 deaths nationwide, according to Johns Hopkins.

The White House COVID-19 Response Team said millions of doses of the new vaccine from Johnson & Johnson subsidiary Janssen, the third to receive emergency approval in the United States, will begin deliveries on Tuesday.

The vaccine received FDA approval over the weekend and White House response coordinator Jeff Zients said at a briefing Monday the federal government has begun distribution of 4 million doses.

The administration said the primary distributor for the new vaccine, McKesson, is shipping doses to providers nationwide via FedEx and UPS. One of the top advantages of the new vaccine is that it doesn't need to be stored and shipped at super freezing temperatures like those from Pfizer and Moderna.

According to the Centers for Disease Control and Prevention, 96.4 million vaccine doses have been distributed in the United States and 76.9 million doses have been administered.

U.S. News // 10 minutes ago
U.S. gets tough on methane with new proposals on oil and gas
Nov. 29 (UPI) -- An Interior Department proposal on methane follows dire warnings of the threat from the harmful greenhouse gas by former U.S. Vice President Al Gore.

U.S. News // 2 hours ago
Bill to protect same-sex marriage moves closer to passage in U.S. Senate
Nov. 29 (UPI) -- A bill that would provide federal protections for same-sex and interracial marriages while also protecting religious liberty rights moved closer to passage in the Senate after lawmakers overcame a filibuster.

U.S. News // 4 hours ago
Stranded ice fishers rescued on Minnesota lake
A quick-thinking rescue mission by local agencies in Minnesota resulted in the saving of about 200 people who became stranded on an ice block.