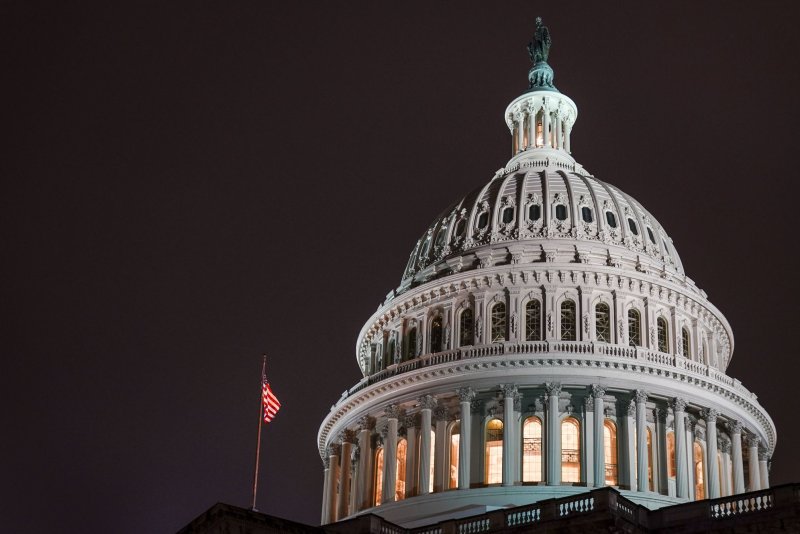 The exterior of the U.S. Capitol is seen in Washington, D.C., on January 25. Photo by Leigh Vogel/UPI | License Photo

Feb. 8 (UPI) -- House Democrats on Monday unveiled draft legislation for their COVID-19 relief package including $1,400 payments, an expanded Child Tax Credit and a provision to increase the minimum wage to $15.

A total of 12 House committees have been tasked with drafting legislation under a budget resolution passed by both chambers of Congress last week that will be compiled for the $1.9 trillion package proposed by President Joe Biden.

The House ways and means committee's draft includes a proposal to provide full $1,400 stimulus payments to individuals earning $75,000 and less per year and couples earning $150,000 and under per year, rejecting proposals to lower the threshold to $50,000 per year for individuals and $100,000 for couples.

Under the plan, single people earning $100,000 a year and couples earning a yearly salary of $200,000 would not receive payments.

In response to increased unemployment due to the pandemic, the draft extends temporary federal unemployment benefits through Aug. 29 and increases the weekly benefit from $300 to $400.

The plan also expands the Child Tax Credit to $3,000 per child and $3,600 for children younger than 6 years old and makes it fully refundable and advanceable.

"Our nation is struggling, the virus is still not contained and the American people are counting on Congress to meet this moment with bold, immediate action," House ways and means Chairman Richard Neal said.

The House education and labor committee's portion of the draft includes a proposal to gradually increase the minimum wage from its present rate of $7.25 per hour to $15 an hour in 2025.

"The education and labor committee's portion of the American Rescue Plan will help bring students and educators back into the classroom safely, increase paychecks and strengthen protections for American workers and address the unprecedented surge in hunger and hardship affecting so many children and families across the country," Chairman Robert Scott said.

The proposal came on the same day the Congressional Budget Office issued a report stating that increasing the minimum wage plan would boost wages for some 17 million people and raise 900,000 U.S. workers out of poverty, but cost the United States 1.4 million jobs.

House committees will mark up the proposals on Wednesday as they continue a reconciliation process, which allows House Democrats to bypass needing at least 10 Republicans to vote to advance the legislation.

"While it is still our hope that Republicans will join us in doing right by the American people, the urgency of the moment demands that we act without further delay," said Neal.

U.S. News // 2 hours ago
New Orleans mayor walks back threat of canceling Mardi Gras
Aug. 19 (UPI) -- Mayor LaToya Cantrell on Friday walked back her threat to cancel Mardi Gras over a shortage of police and emergency services in New Orleans.

U.S. News // 8 hours ago
Emotional Vanessa Bryant testifies in civil suit against LA County over death photos
Aug. 19 (UPI) -- Vanessa Byrant got emotional in the courtroom Friday, as the widow of NBA legend Kobe Bryant took the stand in a federal lawsuit against Los Angeles County over photos taken at the crash site where her late husband died.

U.S. News // 8 hours ago
Wayfair to lay off 870 employees worldwide
Aug. 19 (UPI) -- Online retailer Wayfair announced it is reducing its workforce by 870 employees as sales have slowed after pandemic highs.