FBI Director Christopher Wray is to speak on March 2 before an oversight hearing by the Senate Judiciary Committee concerning the Jan. 6 Capitol assault. Pool Photo by Jim Watson/UPI | License Photo

Feb. 3 (UPI) -- The top Democratic and Republican lawmakers of the Senate Judiciary Committee have called on the Department of Justice and the FBI to answer a series of questions concerning the security failures surrounding the Jan. 6 assault on the U.S. Capitol building.

"We are writing to gather additional information regarding the security posture and planning provided in advance of and during the Jan. 6, 2021, Joint Session of Congress," the bipartisan pair of senators said in the letter. "The security failures that enabled the Jan. 6 attack span multiple agencies, and emerging reports raise serious concerns about the adequacy of preparation by the Department of Justice and the Federal Bureau of Investigation."

Five people died due to the assault by a mob of supporters of former Donald Trump on the U.S. Capitol building early last month, including Capitol Police Officer Brian Sicknick, whose remains were delivered to the Capitol Rotunda Tuesday night to lie in honor.

RELATED Poll: Most people in U.S. overwhelmed by issues facing the nation

The mob breached the building, forcing lawmakers in the process of certifying the election win of President Joe Biden into hiding.

Trump has since been impeached on a charge of inciting the mob to storm the building and is to be tried later this month by the Senate while the nation's security agencies have come under scrutiny as to how the breach was able to occur.

"It is essential that we obtain a complete accounting of your preparation for and response to the events of Jan. 6," the senators said in the letter.

The pair asked the two federal department heads to explain what actions their agencies took to address concerns about a possible attack leading up to Jan. 6 as well as what information did they possess concerning such threats and threat actors prior to it occurring.

They also asked them to explain what roles their departments played during the response as well as to describe the scope of the law enforcement and prosecutorial response they have.

The two senators separately announced Tuesday that the Senate Judiciary Committee will hold an oversight hearing with Wray on March 2.

"We appreciate your prompt attention to this matter," they wrote. 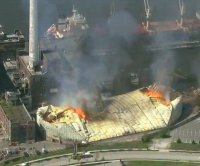 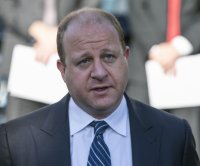