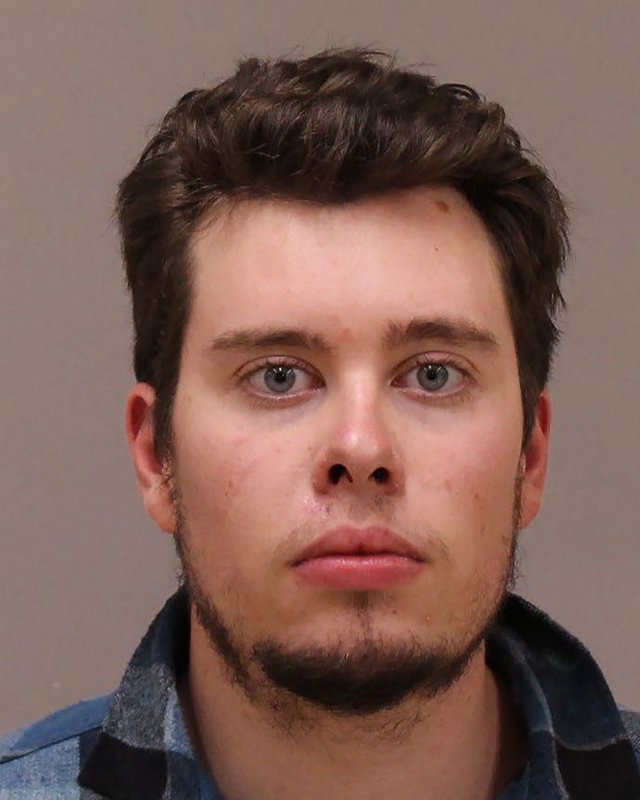 Ty Garbin, 25, appeared in U.S. District Court in Grand Rapids, Mich., to enter the plea agreement, which could see him punished with up to life imprisonment and a $250,000 fine.

Under the plea deal, Garbin agreed to "fully cooperate" with the FBI in its investigation into the October kidnapping plot, including testifying against his co-conspirators if necessary.

According to court documents filed Wednesday, Garbin and three other co-conspirators were members of the so-called Wolverine Watchmen, a self-styled militia group. The four men allegedly connected with another defendant, Adam Fox, who sought to "join forces" in a plot to storm the Michigan State Capitol and execute any politicians they believed were involved in treason.

Prosecutors said Fox later said the Capitol plan might be too difficult and proposed the idea of kidnapping Whitmer, holding a trial accusing her of treason and executing her. The Wolverine Watchmen suspects and several other men allegedly held so-called field training exercises in Wisconsin in July to prepare to carry out the plot.

During the exercises, the men "constructed a 'shoot house' from plywood, shipping pallets and a door frame," the plea agreement said.

"The conspirators practiced breaching the 'shoot house' with firearms, to simulate assaulting the Capitol or elsewhere. The conspirators also practiced combat first aid, including applying tourniquets, applying bandages, treating cuts, burns, and gunshot and shrapnel wounds they might receive during a firefight with law enforcement."

They allegedly further discussed what to do with Whitmer once they captured her, whether her home or vacation home would be a better target and suggested destroying a bridge to prevent police from stopping them.

The FBI, which had an undercover agent meeting with the conspirators, arrested six men in early October in connection with the plot. Investigators said they had hundreds of hours of audio recordings, surveillance video and other evidence laying out the defendants' involvement in the plan-making.

Since October, a total of 14 men have been accused in the conspiracy to kidnap Whitmer.