University of Maryland to pay $3.5M in death of football player

Jan. 16 (UPI) -- The University of Maryland will pay a settlement of $3.5 million to the parents of a sophomore football player who died of heatstroke after a workout in 2018.

The settlement amount for the parents of offensive linebacker Jordan McNair was announced on the published agenda of the Maryland Board of Public works, for approval in a Jan. 27 meeting.

"This has been a long and painful fight, but we will attempt to find closure even though this is a wound that will never, ever fully heal," McNair's parents, Marty McNair and Tonya Wilson, said in a statement as reported by ESPN.

"We are focused on honoring Jordan's legacy so that his death was not in vain. This includes protecting student athletes of all levels of competition, increasing awareness, education, and prevention of all heat related illnesses, empowering student athletes, and introducing legislation nationwide so that no parent should have to wait this long for closure where their child has been treated unfairly or unjustly."

McNair died June 13, 2018, at the age of 19 after being hospitalized for 15 days following his collapse during an extensive conditioning workout. McNair was rushed to the hospital after failing to complete 10 110-yard sprints in the summer Baltimore sun. An investigation led to University of Maryland President Wallace D. Loh's determination that the team failed to provide McNair appropriate medical care.

Fallout from McNair's death led to the firing of football head coach DJ Durkin, and suspension of other staff, as well as a revamp of the University of Maryland's summer training protocols. 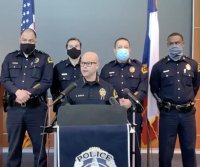 U.S. News // 6 hours ago
Body, motorcycle found 456 feet below Grand Canyon rim
March 4 (UPI) -- The National Park Service said Thursday that Park Rangers had recovered the body of a missing Kentucky man in the Grand Canyon, bringing an end to a multi-day search and rescue operation. 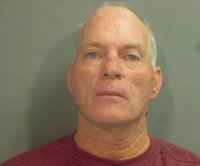