Jan. 13 (UPI) -- Alphabet Inc.'s YouTube late Tuesday said it has suspended the account of President Donald Trump, becoming the latest tech company to restrict the online accounts of the outgoing president following last week's siege of the U.S. Capitol by his supporters.

The online video platform said in a tweet that it has removed new content uploaded to Trump's YouTube account following a review that concluded it had violated its policies "and in light of concerns about the ongoing potential for violence."

It was unclear which video had been taken down and for what policy violations, but YouTube said the channel now has one strike and will be suspended from uploading new content for seven days.

It also said "given the ongoing concerns about violence," it has indefinitely disabled comments on Trump's channel "as we've done to other channels where there are safety concerns found in the comments section."

1/ After review, and in light of concerns about the ongoing potential for violence, we removed new content uploaded to Donald J. Trump's channel for violating our policies. It now has its 1st strike & is temporarily prevented from uploading new content for a *minimum* of 7 days.— YouTubeInsider (@YouTubeInsider) January 13, 2021

The suspension by YouTube makes it the latest tech company to sanction the president over online content after his supporters stormed the Capitol building in Washington, D.C., on Wednesday in protest to Congress certifying the electoral vote win by President-elect Joe Biden. At least five people died during the siege.

U.S. News // 12 minutes ago
CDC advisory panel expected to decide next move for J&J COVID-19 vaccine
April 23 (UPI) -- An advisory panel of the Centers for Disease Control and Prevention met Friday to consider what to do next about the Johnson & Johnson COVID-19 vaccine, which has been suspended in the U.S. for more than a week. 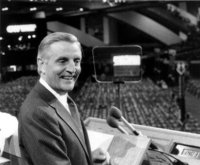