Ambassador Samantha Power addresses the United Nations Security Council in her final remarks as a representative of the Obama administration, at U.N. headquarters in New York City on January 18, 2017. File Photo by Rick Bajornas/UN/UPI

Hailing her as a "crisis-tested public servant and diplomat," Biden said Power is well-suited to lead on the world stage as USAID administrator.

"Samantha Power is a world-renowned voice of conscience and moral clarity -- challenging and rallying the international community to stand up for the dignity and humanity of all people," Biden said in a statement.

"As USAID administrator, Ambassador Power will be a powerful force for lifting up the vulnerable, ushering in a new era of human progress and development, and advancing American interests globally."

Biden added that the USAID chief in his administration will be given a seat on the National Security Council -- on which Power served under former President Barack Obama as senior director for multilateral affairs and human rights.

If confirmed by the Senate, Power would oversee the government agency responsible for distributing civilian aid worldwide.

Vice President-elect Kamala Harris said one of Power's key duties will be "restoring and strengthening America's global leadership as a champion of democracy, human rights, and the dignity of all people."

The USAID budget was dramatically reduced under President Donald Trump, who has long accused foreign nations of not paying their share of varying humanitarian and defense costs.

Power was U.S. ambassador to the United Nations, one of the federal government's top diplomatic posts, under Obama from 2013 to 2017. 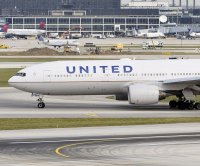