Jan. 4 (UPI) -- House Reps. Devin Nunes, R-Calif., and Jim Jordan, R-Ohio, will receive the Presidential Medal of Freedom in the coming days, according to media reports.

The Washington Post, New York Times and CNN quoted sources that Nunes and Jordan, two of President Donald Trump's more ferocious defenders, will be given the nation's highest civilian honor.

Established by President John F. Kennedy in 1963, the award recognizes individuals who have made exceptional contributions to the security or national interests of the United States, to world peace, or to cultural or other significant public or private endeavors.

Nunes and Jordan vigorously defending Trump against the FBI's investigation of Russian election interference and the House impeachment probe. Trump decried both as partisan attacks against him and often rallied Republicans to his defense.

During his nearly four years in office, Trump has given many of his awards to sports figures, financial and political allies and some long-time friends. Sources said he is also considering an award to retired Florida State football coach Bobby Bowden.

Trump had suggested Nunes for the Medal of Freedom or the Medal of Honor, reserved for military valor, in 2018 because of his work beating back claims made in the Russian investigation.

U.S. News // 2 hours ago
Florida makes quarantine optional for asymptomatic students
Sept. 23 (UPI) -- Florida Gov. Ron DeSantis said it will be up to parents to decide if their children who do not exhibit symptoms should stay home after coming into close contact with a confirmed COVID-19 case. 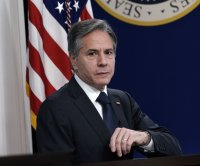 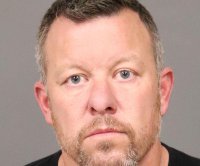