Minn. prosectors seek to delay Derek Chauvin and other officers' trials due to COVID-19

Prosecutors in the case against Derek Chauvin and three other officers involved in the death of George Floyd asked for the trial date to be moved to June from March to allow more people to be vaccinated for COVID-19. Booking photos courtesy of Hennepin County Sheriff's Office.

Jan. 1 (UPI) -- Prosecutors requested a three-month delay in the criminal trials of four Minneapolis officers charged in the May, 2020, death of George Floyd asking the court to wait until more people are vaccinated for COVID-19.

Prosecutors asked for the trial date to be moved forward to June 7 from March 8 in a request to Hennepin County District Judge Peter Cahill, saying the trial schedule, "appropriately balances the need to protect public health with the need to ensure that this case is resolved expeditiously," the Minneapolis Star-Tribune reported Friday.

The prosecution team from the Hennepin County Office and the Minnesota Attorney General's office submitted a recommendation from Dr. Ezekiel Emanuel, who will serve on President-elect Joe Biden's COVID-19 advisory board. Emanuel's affidavit said that the trial could become a "superspreader event" if held before June.

"An in-person trial in March 2021 that attracts a large number of people who are indoors for prolonged periods of time with public speaking is likely to create a substantial risk of COVID-19 transmission [and] could even become a super-spreader event," Ezekiel Emanuel said in an affidavit.

Emanuel is the brother of former Chicago Mayor Rahm Emanuel, who lost reelection after video was released of the 2014 Chicago police-involved shooting of 17-year-old Laquan McDonald. Officer Jason Van Dyke was convicted of second-degree murder and sentenced to 81 months in prison.

Chauvin's attorneys previously asked in mid-December to delay the trial date, claiming that prosecutors had shared misleading and sloppy evidence.

Cahill ruled in November that all four officers would stand trial together in Hennepin County and none of them could move their case to a different venue.

All four officers are free on bond.

Chauvin, who posted a $1 million bond, has been given permission to live out of state, after his lawyers and the state department of corrections said he faced death threats in Minnesota.

Floyd died in police custody May 25 after being arrested on allegations he attempted to use a counterfeit $20 at a food store. Officers said he struggled during arrest, leading Chauvin to handcuff him face-down and kneel on his neck.

Floyd was videotaped by bystanders as he gasped for breath while Chauvin knelt on his neck for more than eight minutes. Keung, Lane and Thao stood by and did not offer aid as Floyd died, prosecutors said.

RELATED Minneapolis council shifts $8M away from police, but declines to reduce force

Floyd's death spurred worldwide demonstrations in the summer of 2020 over systemic racism in the treatment of Black suspects and bystanders by law enforcement. 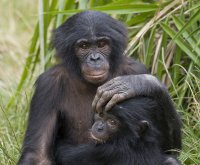 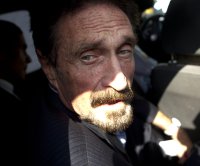 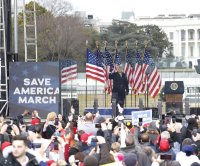