Dec. 9 (UPI) -- The Trump administration on Wednesday sanctioned a member of the Chinese Communist Party it accuses of using Beijing's multination infrastructure project to hide the expansion of and crimes committed by one of the world's largest Chinese criminal organizations.

Wan Kuok Koi, also known by the alias "Broken Tooth," was sanctioned by the Treasury on Wednesday under the Global Magnitsky Human Rights Accountability Act that targets perpetrators of corruption and serious human rights abuse.

The World Hongmen History and Culture Association in Cambodia, Dongmei Group in Hong Kong and the Palau China Hung-Mun Cultural Association were also sanctioned for being under his control.

Wan, a member of the CCP's Political Consultative Conference, is being blacklisted for engaging in corruption as a leading figure in the 14K Triad, which deals in drug and human trafficking, illegal gambling, racketeering and other criminal enterprises.

The Treasury said Wan, 65, in 2018 established the Cambodian headquarters of the World Hongmen History and Cultural Association, a Chinese fraternal organization founded in the mid-1600s that is synonymous with the triad in Hong Kong and Macau.

"The 14K Triad is utilizing Broken Tooth's World Hongmen History and Cultural Association as an effort to legitimize itself," the Treasury said, adding that the association has also co-opted elite figures in Malaysia and Cambodia while spreading throughout Southeast Asia and establishing a powerful business network.

This network, the Trump administration said, is involved in developing and launching crypto currencies, real estate and a security company specialized in protecting Belt and Road Initiative investments. It added that the Dongmei Group that Wan controls is a key investor in a special development economic zone in Burma.

The State Department has previously aired caution about the Belt and Road project, describing it in a report published last month as "China's predatory development program and debt-trap diplomacy."

The Treasury also sanctioned prominent Liberian lawyer and senator Harry Varney Gboto-Nambi Sherman for offering bribes to judges connected to his 2010 bribery trial involving a British mining company that had hired him to obtain one of the African nation's last remaining mining assets.

He was indicted by the Liberian government in 2016 but was acquitted three years later.

Raimbek Matraimov of the Kyrgyz Republic was blacklisted over a customs scheme that smuggled some $700 million into the country.

The sanctions freezing all property and assets of those blacklisted while barring U.S. citizens from doing business with them coincided with International Anti-Corruption Day, which has been observed annually since 2003 to raise awareness for anti-corruption initiatives.

"On International Anti-Corruption Day, Treasury remains fully committed to imposing costs on those who facilitate corruption at the expense over the people," said Deputy Treasury Secretary Justin G. Muzinich.

U.S. News // 10 minutes ago
Free N95 masks from federal gov't already available in some stores; more coming soon
Jan. 26 (UPI) -- Some of the first grocery stores and pharmacies will begin distributing free N95 masks to provide protection against COVID-19 beginning on Wednesday and continuing through the coming weeks. 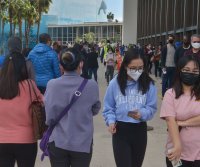 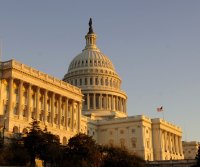 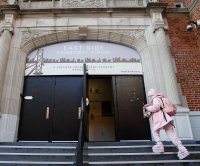