FTC, coalition of states accuse Facebook of monopoly in lawsuits 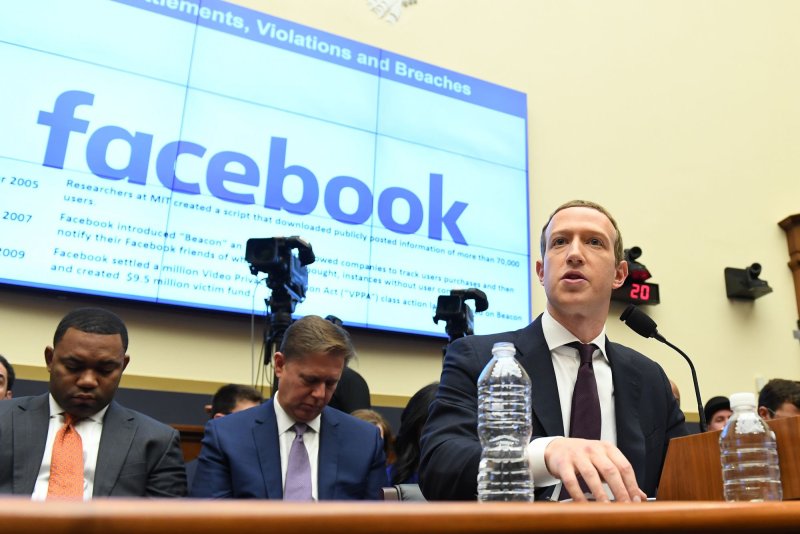 Dec. 9 (UPI) -- The Federal Trade Commission and a group of 48 states and territories filed lawsuits Wednesday accusing Facebook of anticompetitive conduct in its acquisition of Instagram and WhatsApp.

Though the FTC and attorneys general from the 46 states, Washington, D.C., and Guam worked together to investigate the company, they filed two separate lawsuits in federal courts.

The FTC said Facebook, for years, engaged in a systematic strategy to eliminate any threats to its monopoly in the social media industry. In addition to purchasing competing products, the federal agency accused Facebook of imposing anticompetitive conditions on software developers.

"Personal social networking is central to the lives of millions of Americans," said Ian Conner, director of the FTC's Bureau of Competition. "Facebook's actions to entrench and maintain its monopoly deny consumers the benefits of competition. Our aim is to roll back Facebook's anticompetitive conduct and restore competition so that innovation and free competition can thrive."

The company is asking the courts to force Facebook to divest itself of assets, which could include Instagram and WhatsApp; prevent the company from certain conditions on software developers; and require the company to seek approval before future mergers and acquisitions.

"For nearly a decade, Facebook has used its dominance and monopoly power to crush smaller rivals and snuff out competition, all at the expense of everyday users," she said.

"Instead of competing on the merits, Facebook used its power to suppress competition so it could take advantage of users and make billions by converting personal data into a cash cow. Almost every state in this nation has joined this bipartisan lawsuit because Facebook's efforts to dominate the market were as illegal as they were harmful."

Facebook said it's reviewing the complaints and would issue a full statement at a future time.

"Years after the FTC cleared our acquisitions, the government now wants a do-over with no regard for the impact that precedent would have on the broader business community or the people who choose our products every day," Facebook's communications department said in a statement.

Both lawsuits were filed in the U.S. District Court for the District of Columbia.

U.S. News // 1 hour ago
Rep. Fortenberry expects federal indictment accusing him of lying to investigators
Oct. 19 (UPI) -- Congressman Jeff Fortenberry said he expects to be indicted on allegations he lied to federal investigators after a campaign scandal five years ago.

U.S. News // 3 hours ago
Facebook rolls out 'Novi' crypto wallet to test in U.S., Guatemala
Oct. 19 (UPI) -- Facebook launched its digital wallet for cryptocurrencies, called Novi, in most of the United States and one Central American nation on Tuesday.