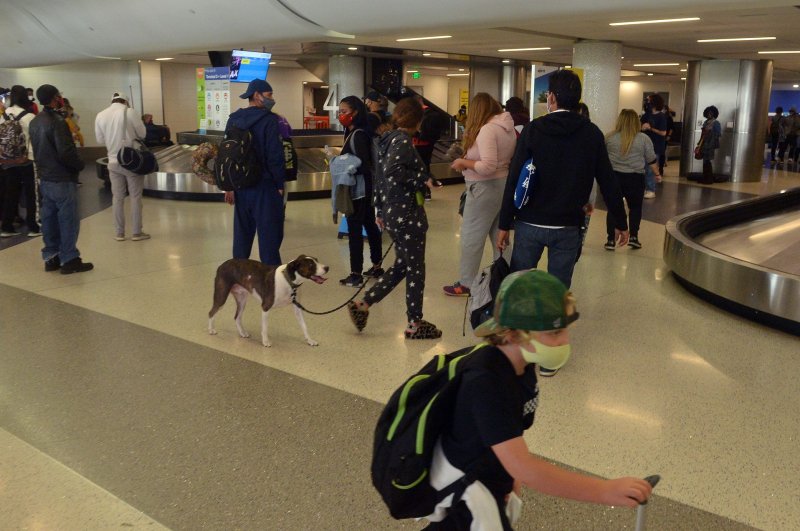 Travelers -- and their dog -- gather their luggage at Los Angeles International Airport on November 25. On Wednesday, the Trump administration finalized rules allowing airlines to restrict service animals only to dogs. Photo by Jim Ruymen/UPI | License Photo

Dec. 2 (UPI) -- The Trump administration on Wednesday issued a final rule saying only dogs can be defined as service animals when it comes to travel on airline flights.

The Department of Transportation rule, which comes after several months of public feedback, also says that emotional support animals will no longer be considered service animals. Airlines will be required to allow psychiatric service animals, though.

"The department received more than 15,000 comments on the notice of proposed rulemaking," the department said in a statement. "The final rule announced today addresses concerns raised by individuals with disabilities, airlines, flight attendants, airports, other aviation transportation stakeholders, and other members of the public, regarding service animals on aircraft.

The new rules don't require airlines to ban non-canine service animals, but does grant them the ability to do so -- limiting service animals to those that perform certain tasks to benefit a person with a disability.

-- Allow airlines to require passengers to submit the form up to 48 hours before their flight.

-- Allow airlines to limit the number of service animals per passenger to two.

-- Allow airlines to limit the size of a service animal to a passenger's foot space.

-- Allow airlines to require all service animals to be harnessed or leashed at all times in the airport or on the aircraft.

-- Prohibit airlines from refusing a service animal based solely on breed.

Earlier this year, U.S. airlines expressed support for the Trump administration's proposed rules, saying the measures would cut down on disputes with passengers attempting to bring all manner of animals on board -- including monkeys, rabbits, snakes, and even miniature horses and peacocks.

American Airlines said flight attendants have dealt with problematic pets -- such as untrained support dogs relieving themselves in the passenger cabin and showing signs of hostility under the stressful conditions of crowded flights.

"My greatest fear as a cabin crew member is that an untrained ESA will 'snap' in flight and have an altercation with the one or more animals that are in the cabin," one attendant wrote in comments supporting the proposed rule changes. "I have seen animals react negatively to each other during boarding and continue to growl throughout the flight at one another on more than one occasion."

Don Jacobson contributed to this report.

U.S. News // 25 minutes ago
Portland police arrest driver who struck 6 people
Jan. 26 (UPI) -- Police officers in Oregon have arrested a motorist accused of striking at least six people, including one fatally, with their car over a span of dozens of Portland city blocks, authorities said. 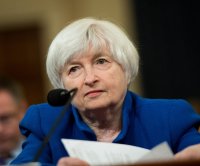 U.S. News // 9 hours ago
'Dangerous' winter storm creates hazardous travel in Arizona
The highest elevations of the Southwest were the first to feel the effects of a storm that will spread a wide swath of snow, ice and rain from the nation's midsection to the East Coast into Wednesday.