U.S. Army Corps of Engineers denies permit for Pebble Mine in Alaska

The U.S. Army Corps of Engineers on Wednesday rejected Pebble Limited Partnership's permit to build a mine in Alaska's Bristol Bay. Photo by Stan Shebs/Wikimedia Commons

Nov. 25 (UPI) -- The U.S. Army Corps of Engineers on Wednesday rejected a permit for the proposed, controversial Pebble Mine in Alaska.

The Corps' Alaska commander, Col. Damon Delarosa said that Pebble Limited Partnership's plan to deal with waste from the mine "does not comply with Clean Water Act guidelines" and that the project as proposed "is contrary to the public interest."

Delarosa said the decision was "based on all available facts and complies with existing laws and regulations," following analysis of the project and about three years of review.

The site of the proposed mine is located in a remote area in southwestern Alaska, which drains into the Bristol Bay, prompting opposition to the plan from activists and local fishing operations, as well as President Donald Trump's son, Donald Jr., and prominent Republicans.

In August, the Corps said the project -- which would be the largest gold and copper mine in North America -- has the potential to provide the creation of jobs and extraction of natural resources.

But, "as currently proposed, the project could have substantial environmental impacts within the unique Bristol Bay watershed and lacks adequate compensatory mitigation."

At the time, then-CEO Tom Collier, who since has resigned, said the company was "well into" an effort to present a mitigation plan.

Pebble said it plans to launch an appeal of Wednesday's decision within 60 days.

"One of the real tragedies of this decision is the loss of economic opportunities for people living in the area," Pebble CEO Joh Shively said. "A politically driven decision has taken away the hope that many had for a better life."

Joel Reynolds, a senior attorney for the Natural Resources Defense Council, said Wednesday's decision "speaks volumes about how bad this project is, how uniquely unacceptable it is."

"We've had to kill this project more than once and we're going to continue killing for as long as it takes to protect Bristol Bay," said Reynolds.

"Pebble had to meet a high bar so that we do not trade on resource for another," he said.

U.S. News // 8 hours ago
CDC panel declines to make decision on J&J vaccine, will gather more data
April 14 (UPI) -- Advisers at the Centers for Disease Control and Prevention decided to take no action after holding an emergency meeting to review a possible link between Johnson & Johnson's COVID-19 vaccine and cases of blood clotting. 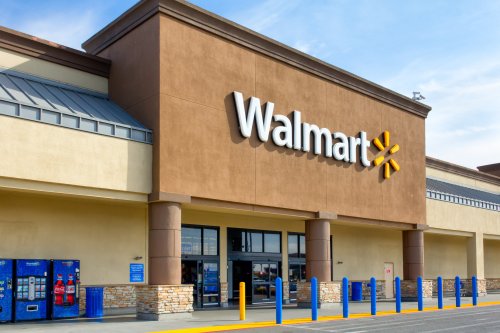 U.S. News // 23 minutes ago
Walmart plans to make most store employees full time by 2022
April 14 (UPI) -- Walmart announced Wednesday it will move two-thirds of its store employees to full-time positions by Jan. 31.

U.S. News // 15 hours ago
1 dead, 12 missing after ship capsizes off Louisiana coast
April 14 (UPI) -- The U.S. Coast Guard said Wednesday it's searching for 12 missing people off the Louisiana coast after a commercial vessel capsized due to severe weather. 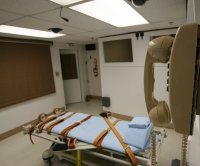 U.S. News // 2 hours ago
Court tosses death sentence of Texas' longest-serving death row inmate
April 14 (UPI) -- Raymond Riles has been on Texas' death row longer than anyone else, first sent there in 1976. Despite several execution dates being set, he has repeatedly been deemed mentally incompetent to be put to death. 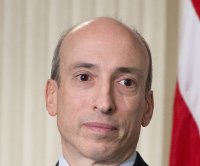 U.S. News // 4 hours ago
Senate confirms Gary Gensler as SEC chairman over GOP opposition
April 14 (UPI) -- Gary Gensler, who served as chairman of the Commodity Futures Trading Commission under President Barack Obama, was confirmed Wednesday as the next leader of the Securities and Exchange Commission.