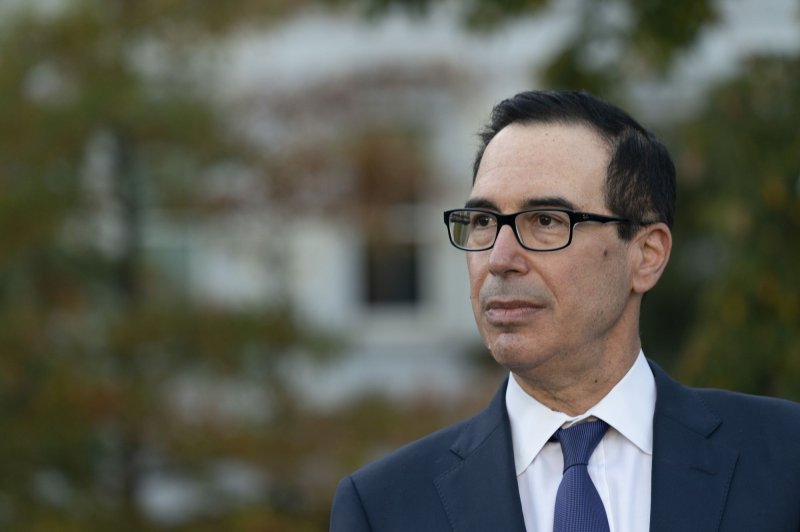 Nov. 19 (UPI) -- The Treasury Department on Thursday asked the Federal Reserve to return unspent money allocated under the CARES Act to Congress, prompting criticism from the central bank.

In a letter to Fed Chair Jerome Powell, Treasury Secretary Steven Mnuchin said the lending facilities were successful in their goal, making it possible for corporations, consumers and state and local governments to borrow from private markets at reasonable rates.

"While portions of the economy are still severely impacted and in need of additional fiscal support, financial conditions have responded and the use of these facilities has been limited," said Mnuchin.

He added that he was personally involved in the drafting of the legislation and believes Congressional intent was to have the authority to originate new loans or purchase to expire on Dec. 31.

"As such, I am requesting that the Federal Reserve return the unused funds to the Treasury," Mnuchin said.

The Fed responded to the decision in a rare public statement on Thursday.

"The Federal Reserve would prefer that the full suite of emergency facilities established during the coronavirus pandemic continue to serve their important role as a backstop for our still-strained and vulnerable economy," the central bank said.

Earlier this week Powell said that "the next few months may be very challenging" despite positive news surrounding the delivery of an effective COVID-19 vaccine.

"The Fed will be strongly committed to using all of our tools to support the economy for as long as it takes until the job is well and truly done," he said. "When the right time comes -- and I don't think that time is yet or very soon -- we'll put those tools away."

He also said the Treasury chief would be able to use other funds or receive additional funding from Congress in "the unlikely event that it becomes necessary in the future to reestablish any of these facilities."