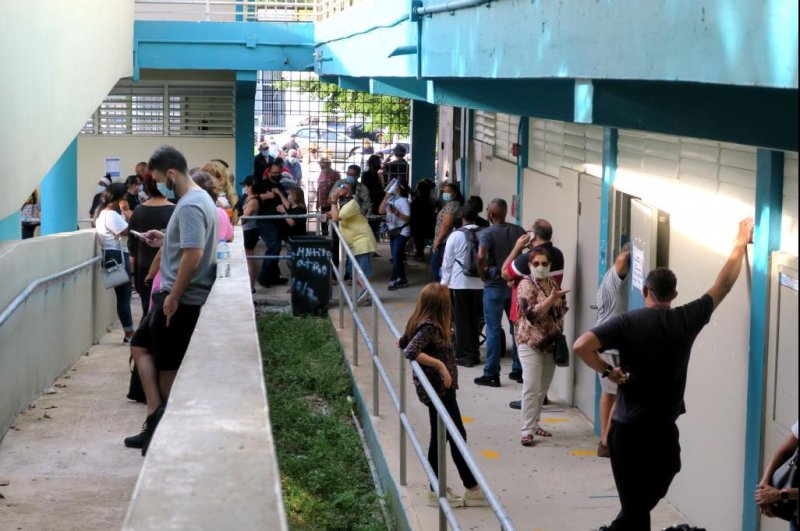 Nov. 11 (UPI) -- Electoral officials say they have found almost 200 briefcases full of uncounted ballots that were apparently stored in a vault in Puerto Rico and forgotten.

Officials said a total of 184 briefcases were discovered. The thousands of ballots inside could potentially change the results of some races on the island U.S. territory.

The president of the territory's election commission said several of the briefcases were found Wednesday.

Victoria Ciudadana, a candidate for San Juan mayor and spokeswoman for Puerto Rican House Rep. Manuel Natal Albelo, called for the outstanding votes to be included in the final tally.

Election officials say the large number of early ballots cast in Puerto Rico this year was likely a factor in why the briefcases were overlooked.

New Progressive Party nominee Pedro Pierluisi has been declared the winner of Puerto Rico's gubernatorial race, with 33% of the vote. Popular Democratic Party candidate Carlos Delgado Altierihas, who has conceded, received 31.5% of votes.

"Trust the transparency of the process, that all the votes here are going to be counted," New election commission President Francisco Rosado Colomer said. "Your vote has weight and is valid for the commission."

Although there are more than 3 million U.S. citizens on the island, none of Puerto Rico's ballots affect the U.S. presidential race. As a territory, it does not help determine the winner of the White House.

Some in Puerto Rico have long campaigned for statehood, in which case the island's residents could weigh in on presidential contests. In a nonbinding referendum in this year's election, 52% of Puerto Rican residents favored statehood. However, Congress would need to act for the territory to become a state.

Puerto Rico had to suspend its primary elections earlier this year when dozens of polling stations didn't receive their ballots in time.

U.S. News // 1 hour ago
Tennessee police ID victim, gunman in grocery store shooting
Sept. 24 (UPI) -- Police on Friday released the identities of the victim killed in a mass shooting at a Tennessee grocery store this week as well as the gunman.

U.S. News // 11 hours ago
Criticized Arizona election audit to show Biden won more votes than Trump
Sept. 24 (UPI) -- The results of a widely criticized Republican audit of election ballots in Arizona are set to be released Friday -- although a draft report indicates that they will show an even larger margin of victory for Joe Biden.

U.S. News // 11 hours ago
Costco brings back limits on toilet paper, other items due to panic buying
Sept. 24 (UPI) -- Discount retailer Costco says it's again limiting purchases for some items, including toilet paper and bottled water, due to supply chain issues and renewed demand amid COVID-19 surges nationwide.