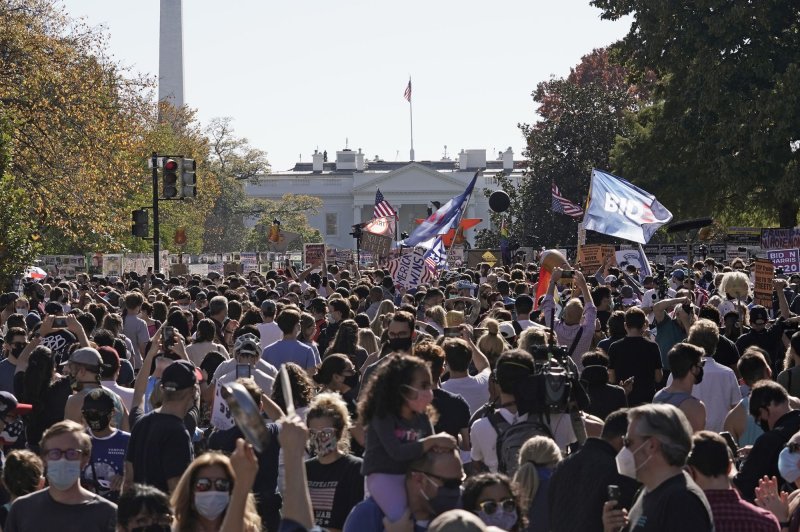 Nov. 7 (UPI) -- Americans took to the streets in Washington, D.C., Philadelphia and other U.S. cities and political figures issued congratulatory statements Saturday in the hours after news outlets called the presidential election for Joe Biden.

"We did it. We did it, Joe," said Vice President-elect Kamala Harris, in a video posted on Twitter. "You're going to be the next president of the United States."

"I will be a President for all Americans -- whether you voted for me or not," Biden tweeted after the announcement. "I will keep the faith that you have placed in me," Biden added.

In the capital, Biden and Harris supporters gathered near the White House in a spontaneous emotional cluster while President Donald Trump was golfing at his club in Sterling, Va.

Democrats celebrated the win after a five-day wait while votes were tabulated across the United States.

"In this election under circumstances never experienced, Americans turned out in numbers never seen," former President Barack Obama said in a statement, calling for healing of partisan divisions.

"The election results at every level show the county remains deeply and bitterly divided," Obama continued. "It will be up to not just Joe and Kamala, but each of us to do our part -- to reach out beyond our comfort zone, to listen to others, to lower the temperature and find some common ground from which to move forward, all of us remembering that we are one nation under God."

"A record-shattering 75 million Americans cast their ballots to elect Joe Biden President of the United States -- a historic victory that has handed Democrats a mandate for action," House Speaker Nancy Pelosi said in a statement. "President-elect Biden and Vice President-elect Harris won with a strong margin, and they will have a strong Democratic House majority by their side. Working together, we have the opportunity to deliver extraordinary progress For The People."

"This is a historic day. After the darkness, division and hate of the past four years, America has spoken and rejected more of the same," Cuomo said in a tweet. "Today we go forward in hope and progress."

Cuomo also congratulated Harris on her historic role as the first female vice president-elect and first who is Black and Asian American.

"Congratulations to President-elect Biden," Bush tweeted. "I have prayed for our President most of my adult life. I will be praying for you and your success. Now is the time to heal deep wounds. Many are counting on you to lead the way."

"Ann and I extend our congratulations to President-elect Joe Biden and Vice President-elect Kamala Harris," Romney tweeted. "We know both of them as people of good will and admirable character. We pray that God may bless them in the days and years ahead."

Trump disputed the call in Biden's favor, and some of his Republican supporters continued to allege that fraud or dishonesty was involved in the win for Biden.

"The media do not get to determine who the president is. The people do," tweeted Sen. Josh Hawley, R-Mo. "When all lawful votes have been counted, recounts finished, and allegations of fraud addressed, we will know who the winner is." 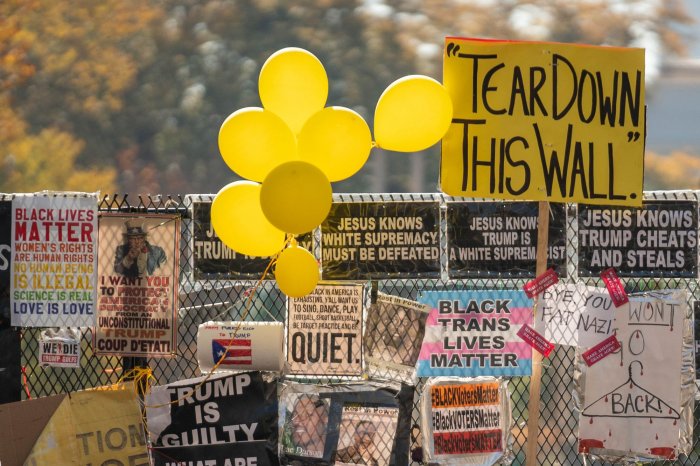 U.S. News // 2 hours ago
Biden urges Congress to block rail strike that could 'devastate economy'
Nov. 29 (UPI) -- President Joe Biden is calling on Congress to pass legislation "immediately" to avert a nationwide rail strike next month that could "devastate the economy" during the holidays.

U.S. News // 9 hours ago
Judge accepts Florida face-biting killer's insanity plea
Nov. 28 (UPI) -- Austin Harrouff pleaded guilty by reason of insanity in the case of killing a Florida couple in 2016 in which he was found biting the face of one of the victims when police arrived.

U.S. News // 10 hours ago
Former Trump adviser Kellyanne Conway meets with Jan. 6 committee
Nov. 28 (UPI) -- Kellyanne Conway, former senior adviser to former President Donald Trump, met with the House select committee to give testimony in its investigation into the Jan. 6, 2021 attack on the U.S. Capitol, according to sources.