Mike Pence, Kamala Harris to square off in only vice presidential debate

Oct. 7 (UPI) -- Sen. Kamala Harris and Vice President Mike Pence are set to square off in their first and only debate Wednesday night, which will be staged with expanded COVID-19 safety precautions days after President Donald Trump was diagnosed with the coronavirus.

The debate is scheduled for 7 p.m. MDT at Kingsbury Hall at the University of Utah in Salt Lake City and will be broadcast live nationally.

Early Wednesday, the Commission on Presidential Debates was working to iron out details of safety measures. Trump announced he'd tested positive for the virus a little more than two days after he participated in a debate with Democratic presidential nominee Joe Biden.

The commission has said that Harris and Pence will be spaced 12 feet apart for their debate, instead of the 7 feet originally planned.

Since the spring, the Centers for Disease Control and Prevention has urged Americans to keep at least 6 feet away from anyone outside their household. The agency updated its guidance Monday to indicate that, under certain conditions, the coronavirus can spread more than 6 feet away in poorly ventilated spaces.

The two parties were at odds on Tuesday night, however, about whether there should be plexiglass dividers between Harris and Pence to protect them. Biden's campaign requested the dividers, but Pence asked that a divider not be placed on his side of the stage.

"If she wants it, she's more than welcome to surround herself with plexiglass if that makes her feel more comfortable," Marc Short, Pence's chief of staff, told The Washington Post. "It's not needed."

Pence ultimately agreed to the dividers, according to Frank Fahrenkopf Jr., co-chair of the Commission on Presidential Debates, told The New York Times. The dividers were installed on the debate stage earlier Tuesday.

Pence's position on the issue is representative of the divide between the two camps on the seriousness of the pandemic. Pence and Trump have repeatedly downplayed the threat while Biden and Harris have warned of its dangers and routinely advocated for protective measures. More than a million people worldwide and 210,000 patients in the United States have died of the disease.

Biden and Harris have tested negative multiple times since the debate in Cleveland a week ago.

U.S. News // 36 minutes ago
Biden gets pending @POTUS Twitter account, but not Trump followers
Jan. 15 (UPI) -- President-elect Joe Biden has started a new transitional Twitter account to build followers going into his new administration, but he will have to build the official Twitter base from scratch. 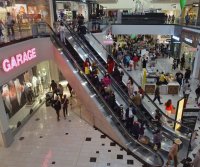 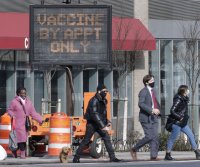 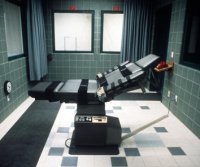