Oct. 2 (UPI) -- A federal judge in Birmingham sentenced a 32-year-old Tuscaloosa, Ala., man Thursday to 600 years in prison for producing child pornography by enticing two children under 5 to engage in sexually explicit acts.

Matthew Miller was charged with 20 counts for producing a visual production of the acts. Miller entered a guilty plea a year ago after authorities found electronic devices at his home during a raid. Detectives found images of child pornography Miller had produced.

"Child predators seek out and victimize those that are the most innocent and vulnerable -- children," U.S. Attorney Prim F. Escalona said in a statement. "The sentences imposed today and yesterday in local child exploitation cases reflect the commitment of law enforcement in this district to prosecuting to the fullest extent of the law those who commit crimes against children."

The Tuscaloosa Violent Crimes Unit arrested Miller in early 2019 after receiving a report of child abuse in a home. He faced state charges of sodomy and child pornography before being indicted federally.

"The crimes for which Miller has admitted guilt are not only disturbing, they are sickening, and his actions robbed these children of their childhood," FBI Special Agent in Charge Johnnie Sharp, Jr. said in a statement. "I applaud the sentence handed down today, as Miller will spend the rest of his natural life behind prison bars." 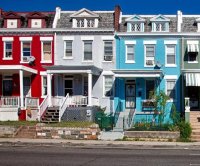 U.S. News // 18 hours ago
White House urges landlords to hold off on evictions as moratorium ends
Aug. 2 (UPI) -- The Biden administration scrambled on Monday to stave off an expected nationwide wave of COVID-19 related evictions, urging landlords hold off for 30 days as financial help makes it way to strapped tenants.