The Justice Department called on Congress Wednesday to sharpen a law that would make social media outlets more accountable for content users post and penalize others for censorship. Photo by Pixelkult/Pixabay

Sept. 23 (UPI) -- The Justice Department called for reforms Wednesday to the Section 230 of the Communication Decency Act that largely protects Internet companies from responsibility for data posted by users.

Attorney General William Barr called the section "outdated" and said it gave too much power to Facebook, Twitter, Google and other platforms to act on their own without consistent guidelines for all platforms.

"For too long Section 230 has provided a shield for online platforms to operate with impunity," Barr said in a statement. "Ensuring that the Internet is a safe, but also vibrant, open and competitive environment is vitally important to America. We, therefore, urge Congress to make these necessary reforms to Section 230 and begin to hold online platforms accountable both when they unlawfully censor speech and when they knowingly facilitate criminal activity online."

President Trump and conservatives have long complained social media platforms have singled them out for censorship or warnings for the content they posted. Trump is expected to urge Republican state attorneys general in a meeting to use state laws to penalize social media sites that allegedly censor conservatives online.

"The department's proposal is an important step in reforming Section 230 to further its original goal: providing liability protection to encourage good behavior online. Deputy Attorney General Jeffrey Rosen said in a statement. "The proposal makes clear that, when interactive computer services willfully distribute illegal material or moderate content in bad faith, Section 230 should not shield them from the consequences of their actions."

Social media sites, particularly since the social injustice protests this summer following the death of George Floyd, has been more aggressive in flagging misinformation and content deemed as racist or offensive.

Twitter had flagged several Trump tweets, including one for accuracy dealing on topics that included voting by mail. 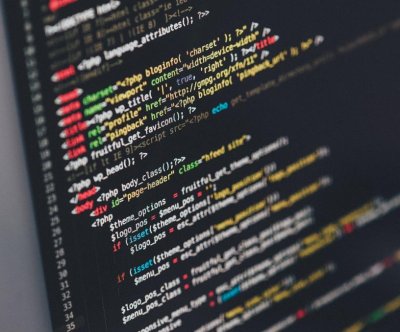 U.S. News // 7 hours ago
Cyberthreats growing more sophisticated, harder to find, experts say
Oct. 19 (UPI) -- Ransomware gangs, some capable of hijacking major computer systems in less than an hour, have emerged as the most common cybersecurity threat this year, according to a new report.

U.S. News // 11 hours ago
U.S. threatens sanctions as U.N. arms embargo against Iran expires
Oct. 19 (UPI) -- The United States has threatened to impose sanctions against any individual or entity that contributes to Iran's conventional weapons program while rejecting the expiration of a United Nations arms embargo on Tehran.