Breonna Taylor's image is seen in a mural on a wall in Vernon, Calif. Though one of the officers involved in her shooting was indicted Wednesday, it wasn't directly related to her death. Photo by Jim Ruymen/UPI | License Photo

Sept. 23 (UPI) -- A grand jury on Wednesday indicted one of three police officers involved in the shooting of Breonna Taylor in her Louisville apartment.

But the charges relate to the firing of shots into the home next door and not Taylor's killing.

Taylor was shot during the serving of a "no-knock" search warrant on March 13 related to a narcotics investigation. The officers arrived without warning and drew resistance from Taylor's boyfriend, Kenneth Walker, who said he didn't know it was police who entered the apartment and was alarmed by the sudden interruption.

Taylor, 26, was a certified emergency medical technician, and was not the subject of the raid. She had no criminal history.

Hankison was dismissed from the force in June after "wantonly and blindly" firing 10 shots into Taylor's apartment and one next door, showing "extreme indifference to the value of human life," Louisville Metro Police Chief Robert Schroeder said.

A wanton endangerment charge is a a felony that carries one to five years in prison if Hankison is convicted. A judge issued a warrant for his arrest and set a $15,000 cash bond.

Ben Crump, an attorney for Taylor's family, had called for a minimum charge of second-degree manslaughter in the case. He and co-counsels Sam Aguiar and Lonita baker released a statement in reaction to Wednesday's announcement.

"This is outrageous and offensive to Breonna Taylor's memory. It's yet another example of no accountability for the genocide of persons of color by white police officers," they said.

"If Hankison's behavior constituted wanton endangerment of the people in the apartments next to hers, then it should also be considered wanton endangerment of Breonna. In fact, it should have been ruled wanton murder. How ironic and typical that the only charges brought in this case were for shots fired into the apartment of a white neighbor, while no charges were brought for the shots fired into the Black neighbor's apartment or into Breonna's residence."

The American Civil Liberties Union of Kentucky said the indictment "is the latest miscarriage of justice in our nation's long history of denying that Black lives matter."

"Once again, a prosecutor has refused to hold law enforcement accountable for killing a young Black woman."

Kentucky Attorney General Daniel Cameron said prosecutors didn't pursue homicide charges for any of the three officers because they were justified in returning fire after Walker fired upon them.

"Justice is not often easy and does not fit the mold of public opinion," he said. "And it does not conform to shifting standards. I know that not everyone will be satisfied with the charges we've reported today.

"My team set out to investigate the circumstances surrounding Ms. Taylor's death. We did it with a singular goal in mind: pursuing the truth. Kentucky deserves no less. The city of Louisville deserves no less. If we simply act on emotion or outrage, there is no justice. Mob justice is not justice."

The FBI, meanwhile, said its investigation of the shooting was still underway despite the state's announcement. The agency opened the probe in May.

"FBI Louisville continues its federal investigation into all aspects of the death of Breonna Taylor," FBI spokesman Tim Beam told the Louisville Courier Journal. "This work will continue beyond the state charges announced today.

An array of activists, politicians and celebrities have called for all three officers to face murder charges. Presidential candidate Joe Biden said earlier this month the officers "need to be charged."

His running mate, Sen. Kamala Harris, tweeted in June, "We can't forget about Black women in our quest for justice."

Louisville Mayor Greg Fischer declared a state of emergency Tuesday out of concern for potential civil unrest following the decision. The declaration allowed him to set curfews.

"Our goal is ensuring space and opportunity for potential protesters to gather and express their First Amendment rights after the announcement," he said in a statement. "At the same time, we are preparing for any eventuality to keep everyone safe."

The Gene Snyder federal courthouse in downtown Louisville began a weeklong closure on Monday as officials prepared for the possibility of protests. The city agreed to a $12 million civil settlement with Taylor's family earlier this month.

The settlement included some policing reforms, including a requirement that police commanders approve all warrants before they go to a judge, mandatory written approval before search warrants are executed and an overhaul of the process for simultaneous search warrants.

Taylor's death, and that of of George Floyd in Minnesota, spurred many weeks of unrest nationwide this summer that called for the officers in Louisville and Minneapolis to be prosecuted. 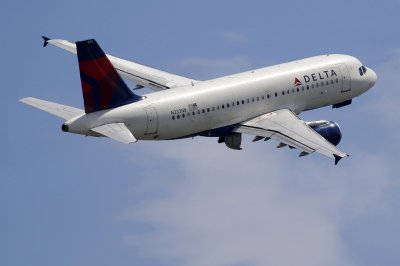