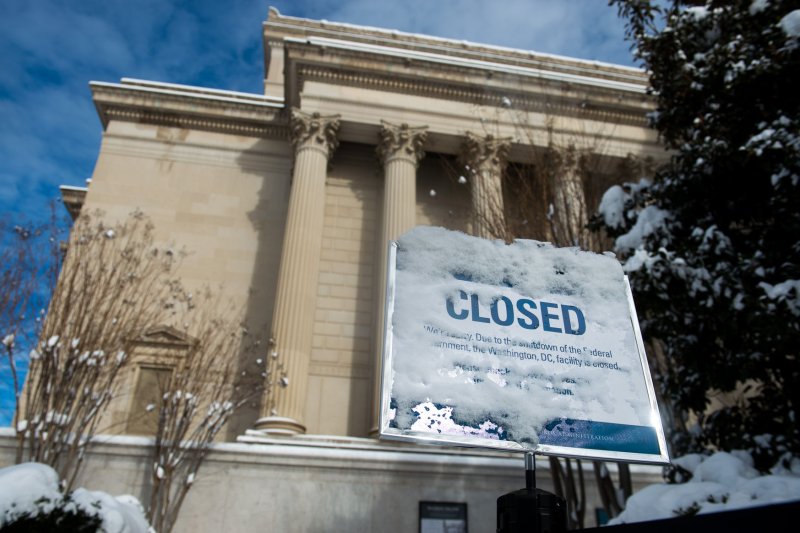 Sept. 21 (UPI) -- House Democrats unveiled a stopgap bill Monday to avert a government shutdown, but Republicans immediately opposed it because it didn't include bailout money for agriculture.

House Speaker Nancy Pelosi, D-Calif., introduced the bill, known as a continuing resolution, to extend federal funding past the Sept. 30 deadline and avoid a government shutdown weeks before the Nov. 3 presidential election.

"The continuing resolution introduced today will avert a catastrophic shutdown in the middle of the ongoing pandemic, wildfires and hurricanes and keep government open until Dec. 11, when we plan to have bipartisan legislation to fund the government for this fiscal year," Pelosi said in a statement.

The proposal omits a $30 billion commitment supported by President Donald Trump and Republican lawmakers to refill a bailout for farmers through the Commodity Credit Corp.

Senate majority leader Mitch McConnell, R-Ky., criticized the bill Monday, promising a fight between Senate Republicans and their colleagues in the House. Both chambers of Congress must approve identical bills before they can be signed by the president.

"House Democrats' rough draft of a government funding bill shamefully leaves out key relief and support that American farmers need," McConnell tweeted Monday. "This is no time to add insult to injury and defund help for farmers and rural America."

The president announced more aid to farmers on his campaign tours, including a second round of $14 billion from the Department of Agriculture's Coronavirus Food Assistance Program. The new aid sought by the White House would replenish those funds.

Pelosi and Treasury Secretary Steven Mnuchin agreed in theory on a stopgap bill at the beginning of September, but details have not been hammered out as the clock winds down on an Oct. 1 deadline.

The bill is separate from a new proposed $2 trillion coronavirus relief bill, passed by the House in May that has stalled in the Senate.

On Monday, the White House said it might accept a stopgap bill, even without the additional aid for farmers.

"We do prefer additional farm aid in the CR...Most of all, we want a clean CR to keep the government open," White House economic adviser Larry Kudlow told The Washington Post.

U.S. News // 2 hours ago
Firefighting trains with water cannons deployed to battle Western wildfires
A specialized group of firefighters has been deployed in an effort to save communities and infrastructure from being torched by a number of wildfires that are burning across the Western United States.