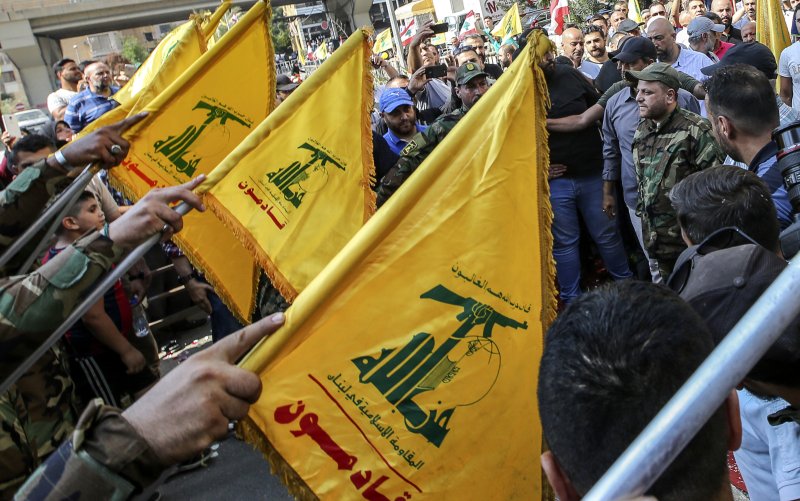 The Trump administration has said the explosion in Beruit in early August has exposed the level of corruption in the Lebanese government. File Photo by Nabil Mounzer/EPA-EFE

Sept. 9 (UPI) -- The Trump administration has blacklisted two former Lebanese ministers, accusing them of conspiring with Iran-backed Hezbollah and participating in widespread corruption at the expense of the Lebanese people.

"While holding positions of power in previous Lebanese cabinets, Finyanus and Khalil directed political and economic favors to Hezbollah, including ensuring Hezbollah-owned companies won government contracts worth millions of dollars and moving money from government ministries to Hezbollah-associated institutions," the United States' top diplomat said in a statement.

The sanctions came more than a month after an explosion in a Beirut port leveled buildings, killed 190 people and injured thousands, worsening the economic situation of the country amid the coronavirus pandemic and a year of anti-government protests.

Pompeo said the explosion has laid bare the degree of dysfunction of Lebanon's political system that has enabled Hezbollah to "hold the country's governance hostage."

The Treasury Department said Lebanon's current crises stem from decades of corruption and economic mismanagement with some political leaders having made backdoor deals with Hezbollah for personal and political gains.

"Corruption has run rampant in Lebanon, and Hezbollah has exploited the political system to spread its malign influence," Treasury Secretary Steven Mnuchin said in a statement. "The United States stands with the people of Lebanon in their calls for reform and will continue to use its authorities to target those who oppress and exploit them."

The Treasury accused Finyanus, the former minister of transportation and public works, of accepting hundreds of thousands of dollars from Hezbollah in exchange for political favors, including gaining the terrorist organization access to sensitive legal documents related to the Special Tribunal for Lebanon.

Finyanus also acted as "a go-between" for Hezbollah and political allies, the federal agency said.

Khalil, the former minister of finance, aided Hezbollah in avoiding U.S. sanctions and used his office to exempt the organization from paying taxes on imported electronics in exchange for political support, the Treasury said, adding that he also demanded to be paid a percentage of government contracts.

The sanctions freeze all U.S. property and interests in property in their names while barring U.S. citizens from doing business with them under threat of being blacklisted themselves.

"Today's designations demonstrate that Lebanese politicians who have provided a false veneer of political legitimacy to Hezbollah or abused their positions to direct public funds to the terrorist group are as responsible for its entrenched influence as Hezbollah's own members or the corrupt businessmen and money launderers that have helped fund the group for decades," Pompeo said.

U.S. News // 2 hours ago
Police arrest suspect in Albuquerque murder of Muslim man
Aug. 9 (UPI) -- Albuquerque police have made an arrest in relation to the recent killings of four Muslim men in the city, investigators confirmed Tuesday afternoon.

U.S. News // 7 hours ago
Bill capping price of insulin at $35 will return for 2nd vote, Democratic leader says
Aug. 9 (UPI) -- Just days after Republicans in the Senate rejected a proposal to cap the cost of insulin at $35, the top Democrat in the chamber says the issue will be put up for a vote again.