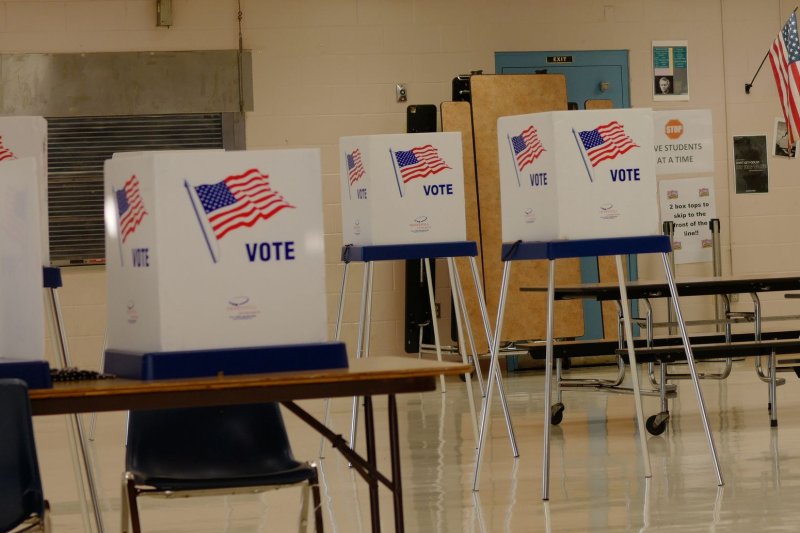 A report by the Palast Investigative Fund found that Georgia wrongfully purged 198,351 voters from its registration database in 2019 on the grounds that they had moved from their registration address when they had not. Photo by Gary I Rothstein/UPI | License Photo

Sept. 2 (UPI) -- The American Civil Liberties Union of Georgia on Wednesday released a report stating that nearly 200,000 voters in the state were wrongly removed from the state's registration database in a 2019 purge.

The report by the Palast Investigative Fund, a New York-based non-profit, found that 198,351 of the 314,243 citizens removed from Georgia's voter rolls in 2019 on grounds that they had moved from their registration address had in fact not moved and were wrongfully purged.

"There are tens of thousands of Georgia voters who have registered, properly maintained a residence in the same county and nevertheless have had their registration deleted by the state of Georgia," Andrea Young, executive director of the ACLU of Georgia, said in a statement. "We encourage everyone to check their voter status. Many people on this state's list have every right to assume they are registered to vote. We want you to have time to re-register."

Palast Investigative Fund hired five top expert firms in addition to a U.S. Postal Service licensee to access USPS files and scrutinize the list name-by-name to find voters who had been wrongfully removed from the voter rolls.

"One likely source of state error: three of four voters canceled who were marked 'NCOA' by the Secretary are, in fact, not on the NCOA (National Change-of-Address) list," the report states. "The fee for the postal and proprietary databases runs about 5 cents per address -- versus a postcard, printed, mailed, postage-paid return plus processing for half a million cards that can run into the millions of dollars -- to obtain substantially inaccurate results."

The ACLU called on members of the Georgia General Assembly to "rectify this egregious error" adding that the removals likely affect young voters, low-income voters and racial groups who have historically been denied the right to vote.

"The results of our investigation are breathtaking and heartbreaking: 198,000 Georgia citizens wrongly purged from voter rolls -- using a system which tends to target younger voters and voters of color," said Greg Palast, a journalist who directed the investigation.

The Palast Investigative Fund created a website to allow Georgians to see if they are on the purge list and re-register to vote at SaveMyVote2020.org.

U.S. News // 9 hours ago
Texas Gov. Abbott announces $250 million for border wall
June 16 (UPI) -- Texas Gov. Greg Abbott on Wednesday announced some new details of his plan for the state to build its own border wall. 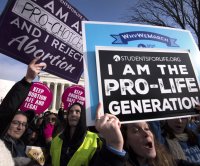