Sept. 2 (UPI) -- Firefighters in California on Wednesday battled to contain wildfires burning in the northern part of the state ahead of an oncoming heatwave.

The National Weather Service issued an excessive heat watch for Friday through Monday for San Diego, Orange and Los Angeles counties, and from Saturday through Monday in the Bay Area. Wildfires sparked by lightning have burned 1.5 million acres in the state in recent weeks.

NWS meteorologist Todd Hall said that nearly "record all-time heat" could occur on Sunday with a high of 111 degrees for Burbank and 115 degrees in Woodland Hills.

Lynne Tolmachoff, a representative for the California Department of Forestry and Fire Protection, said the weather conditions increase the likelihood of new fires.

"With this heat coming, any new starts could create problems," Tolmachoff said. "We're staffed up. With the holiday there's going to be a lot of people out recreating. We're asking people to stay safe and don't start new fires."

Cal Fire noted, however, that favorable weather conditions in recent days have assisted firefighters in containing the more than 900 wildfires in the state, which have resulted in eight deaths and destroyed more than 3,100 structures.

The most destructive of the blazes, the LNU Lightning Complex fire, has burned 375,209 acres in Napa, Lake, Sonoma, Solano and Yolo counties and was 76% contained as of Wednesday.

It has also resulted in five deaths and four injuries, as well as destroying 1,449 structures and damaging 227 more.

The SCU Lighting Complex fire, the largest of the blazes, has burned 391,578 acres in the counties of Contra Costa, Alameda, Santa Clara and Stanislaus and was 72% contained, Cal Fire said.

The blaze has resulted in five injuries, destroyed 82 structures and damaged 15 others.

In Santa Cruz and San Mateo counties, the 85,467-acre CZU August Lightning Fire has resulted in one death and one injury while destroying 1,490 structures and damaging 140 more.

The BTU/TGU Lightning Complex Fire in Butte, Tehama and Glenn counties has resulted in two injuries, destroyed 14 structures and damaged one more.

A volunteer firefighter from Texas battling the August fire and a helicopter pilot combatting the Hills fire have also died amid the blazes. 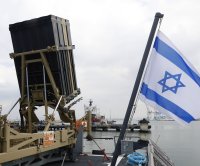 U.S. News // 6 hours ago
House approves $1B for Israel's Iron Dome missile system
Sept. 24 (UPI) -- The U.S. House of Representatives has approved legislation to give Israel $1 billion to replenish its Iron Dome defense system of missiles it used last Spring during renewed fighting with Gaza militants. 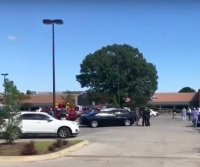 U.S. News // 15 hours ago
2 dead, including shooter, 14 injured in shooting at Tennessee grocery store
Sept. 23 (UPI) -- At least two people were killed and 14 more injured in a shooting at a supermarket in Tennessee on Thursday, police said.