Storefronts are boarded up and doorways sandbagged in the New Orleans French Quarter. Photo by AJ Sisco/UPI | License Photo

Cars traverse a low spot in the road in the West End section of New Orleans as residents evacuate ahead of the hurricane. Photo by AJ Sisco/UPI | License Photo

Aug. 26 (UPI) -- Louisiana Gov. John Bel Edwards called on residents in the path of Hurricane Laura to evacuate as soon as possible Wednesday as the Category 4 storm took aim at the Gulf Coast.

Forecasters expect the major hurricane to make landfall somewhere along the coast of western Louisiana or eastern Texas on Wednesday night.

Edwards warned residents during a midday news conference that meteorologists are expecting "unsurvivable" storm surges of up to 20 feet.

Laura grew into a Category 4 hurricane on Wednesday midday as was expected to main its status as a major hurricane when it makes landfall. .

"If you are still here, there's still time to leave and you must do so now," he said in a Facebook post early Wednesday.

Beaumont residents were able to evacuate by bus before service stopped mid-Wednesday morning. In Houston, the METRO transit agency said it planned to suspend all operations Wednesday afternoon.

"METRO vehicles are not designed to operate safely in sustained high winds," the transit agency said. "Additionally, local officials are recommending residents leave roads clear. METRO's services will resume gradually when it is safe to do so."

"We are looking at the potential surge above the ground on the east side of Harris County," she said. "A worst case, but certainly possible scenario, would mean potentially devastating surge along our coastal area."

Hospitals across the region braced for the first major hurricane to arrive in the midst of a pandemic.

"All of our facilities are ready for floods and high winds so I think we're in as good shape as we can be when these things come close to the coast," Memorial Hermann System President and CEO Dr. David Callender told KUHT-TV.

He said the hospital system will try to discharge as many patients as possible before Laura arrives.

Houston meteorologist Eric Berger said the city is now outside the storm's direct path, but should still see some wind and rain.

U.S. News // 34 minutes ago
House passes stopgap funding bill, avoids shutdown
Sept. 22 (UPI) -- The House on Tuesday passed a a bipartisan agreement to fund the government through the end of the year, averting an Oct. 1 shutdown.

U.S. News // 13 hours ago
Powell, Mnuchin promise economic support, push more action by Congress
Sept. 22 (UPI) -- The Federal Reserve will continue to support the domestic economy through the COVID-19 pandemic, following up on some improvement since the start of the crisis, Chairman Jerome Powell said. 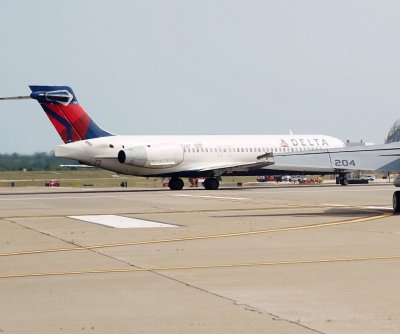