Aug. 16 (UPI) -- The suspect in a shooting that injured three police officers and a subsequent standoff at a suburban Austin, Texas, home surrendered Monday.

Cedar Park Police said the suspect gave up on Monday morning and released the last of his three hostages.

Interim Cedar Park Police Chief Mike Harmon told reporters the suspect, a man in his 20s, was compelled to turn himself in before anyone else was hurt. The entire ordeal lasted about 18 hours.

The standoff began Sunday when the three officers responded to a domestic complaint. Upon arriving, they were shot by the gunman inside, authorities said. Monday, they were listed in stable condition with non-life-threatening injuries.

RELATED At least 18 shot, 4 dead in multiple shootings in Cincinnati

Police responded Sunday when the suspect's mother called police to say he'd kicked in the door and was acting "aggressively." The officers returned fire, but it wasn't immediately known if the suspect was hit.

The man took his mother, a child and a third person hostage, Harmon said.

Police said they have responded to the home before and that the suspect may have "mental health issues."

"Our hearts are with the police officers who were injured while protecting the Cedar Park community this afternoon," Texas Gov. Greg Abbott said in a statement. "We must never take for granted the service and sacrifice of our law enforcement officers, and the State of Texas stands ready to provide the support and resources needed to bring justice to those involved."

Harmon said the suspect posted a video to Facebook Live while barricaded and continue he livestream until Facebook removed the video. 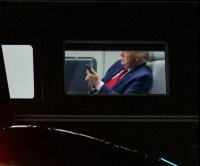 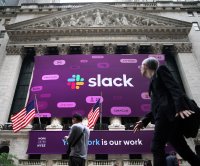