The rare Flowing Hair Dollar will be the centerpiece of an auction of the Bruce Morelan Collection in Las Vegas in October. Photo courtesy of Professional Coin Grading Services

Bruce Morelan, a coin collector and partner at Legend Rare Auctions in New Jersey, purchased the 1794 Flowing Hair Dollar at a 2013 Stack's Bowers auction for more than $10 million, the highest price ever paid for a rare coin.

The coin, which was also displayed last month at a private show for members of the Professional Coin Grading Services, features Lady Liberty with ringed stars on one side and an eagle on the other.

It will be sold at Legend Rare Coin Auctions Regency Auction on Oct. 8 at The Venetian in Las Vegas.

"The 1794 Dollar has been a lifelong dream coin and I'm truly blessed to have owned it," Morelan said in a statement. "I can only hope the new owner has as much joy, pride and satisfaction as I did in having it in my collection. Now that the set is complete and nothing else can be added, I've decided it's time for other collectors to enjoy these magnificent coins."

The 1794 Flowing Hair Dollars were the very first U.S. silver dollars ever produced, according to the USA Coin Book.

While Morelan's rare Flowing Hair Dollar is the major attraction, the auction will also sell other coins from the early period of U.S. history in his collection valued in total at over $20 million.

Among the other rare coins being sold is the 1804 Class 1 Draped Bust Dollar, of which only eight were ever minted, according to the PCGS.

"This is the finest collection of Mint State Dollars ever assembled," Legend Rare Coin Auctions owner Laura Sperber said in a statement. "Bruce never settled for second best, even if a coin was only a fraction better that is what he wanted. This could not have been clearer than when he bought the 1794 Dollar. Unquestionably, the coin is one of a kind, both due to its incredible qualities and the fact that it is the very first dollar ever struck by the U.S. Mint."

RELATED Report: Russian oligarchs use art purchases to get around sanctions 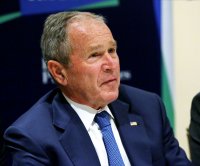