Beauticians cut patrons' hair outside at a business in Sunnyvale, Calif., on Wednesday. The state has more coronavirus cases than any other in the United States, with more than a half-million to date. Photo by Terry Schmitt/UPI | License Photo

Aug. 6 (UPI) -- New COVID-19 cases in the United States have declined again by a few thousand, according to updated data Thursday by researchers at Johns Hopkins University.

After new cases spiked once again to nearly 60,000 on Tuesday, the figure declined to 52,800 on Wednesday, the updated data showed. Cases on Sunday and Monday were below 50,000 on both days.

There were also 1,400 deaths in the United States on Wednesday, according to the COVID Tracking Project -- the third-highest single-day toll since the start of the pandemic.

There have been 4.82 million cases and 158,300 deaths in the United States since the outbreak started, according to Johns Hopkins.

In California, the state with the most cases, officials reported another 200 deaths -- the second-most daily toll to date.

State health chief Dr. Mark Ghaly said a glitch in electronic reporting there has resulted in an underreporting of new cases for several days. Officials have since attached a disclaimer to its COVID-19 website cautioning that figures may be lower than the actual caseload.

More than 500,000 cases have been recorded in California to date.

In North Carolina. Gov. Roy Cooper said bars, gyms and entertainment venues will remain closed until at least the second week of September.

The state, he said, will "remain paused" or another five weeks as schools reopen in an effort to decrease COVID-19 numbers.

"Other states that lifted restrictions quickly have had to go backward as their hospital capacity ran dangerously low and their cases jumped higher. We will not make that mistake in North Carolina," he said. 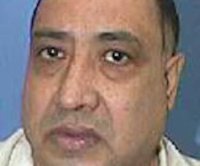 U.S. News // 7 hours ago
Texas court stays execution on intellectual disability grounds
Feb. 25 (UPI) -- The Texas Court of Criminal Appeals has stayed the execution of a man who says he's intellectually disabled and thus can't constitutionally be put to death.