Coca-Cola With Coffee to hit shelves in January 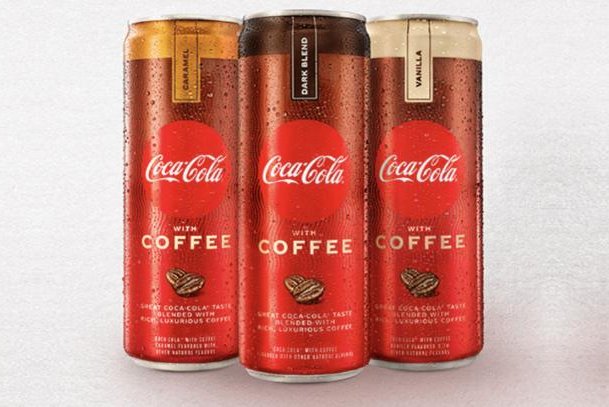 Coca-Cola With Coffee will hit U.S. shelves in January with double the amount of caffeine in a 12-ounce serving than traditional Coca-Cola -- 69 mg.

It will be available in three flavors of Brazilian coffee -- dark blend, vanilla and caramel.

"Coca-Cola With Coffee is a product that is meant to be tried. Because when you take that first sip, you realize there's nothing quite like it. It sips like a Coke and finishes like a coffee."

Though the drink won't be available until next year, the company is offering members of its insiders club advanced access to it.

Coca-Cola first piloted a version of the drink in Japan in 2018 and expanded it to other markets in Australia, Brazil, Vietnam, Turkey and Italy, tweaking the formula and packaging to suit local tastes.

"The COVID-19 pandemic has accelerated the need for us to be more disciplined in how we launch, validate, refine and scale up big bets like this," said Javier Meza, chief marketing officer for the Coca-Cola Company's sparkling beverage portfolio.

This isn't the first time the company has tried to combine its classic Coke flavor with coffee. In 2006, it launched Coca-Cola Blak, but pulled it from shelves in 2008 after low sales.

U.S. News // 14 minutes ago
Grand Canal painting fetches $56.6M, a record for Monet Venice work
May 17 (UPI) -- A Claude Monet painting of the Grand Canal in Italy sold at auction Tuesday for $56.6 million, the highest one of his Venice paintings has fetched, Sotheby's in New York announced.

U.S. News // 2 hours ago
Netflix cuts 150 workers in new round of layoffs
May 17 (UPI) -- Netflix laid off 150 employees Tuesday as the streaming giant faces subscriber losses, slower revenue growth and a shareholder lawsuit. 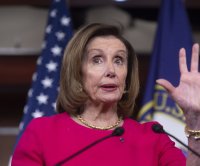 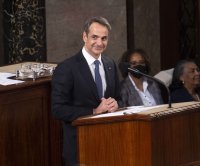 U.S. News // 4 hours ago
Greek PM Mitsotakis hails shared interest in democracy in speech before Congress
May 17 (UPI) -- Greek Prime Minister Kyriakos Mitsotakis reaffirmed Greece's relationship with the United States on Tuesday during remarks before a joint session of Congress.