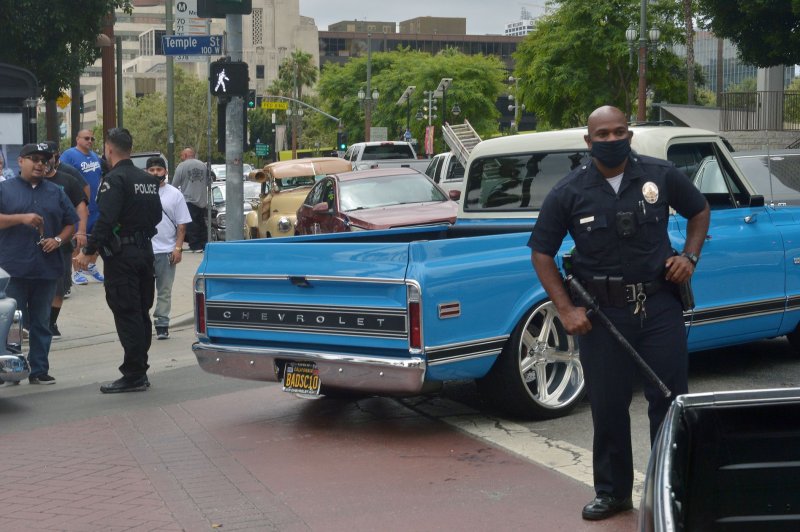 Activists protest the criminalization of cruising, the death of George Floyd, Latino rights and police brutality at a demonstration in Los Angeles, Calif., on June 28. File Photo by Jim Ruymen/UPI | License Photo

July 30 (UPI) -- A new Gallup survey Thursday showed that Black Americans are the least likely racial group to experience a positive encounter with police in the United States.

According to the poll, three-quarters of all respondents said any encounters with authorities over the past 12 months have been positive, overall. That figure was 79% among Whites, 68% among Hispanics and 59% among Blacks.

The survey was taken in late June and early July, amid protests nationwide that followed the police killing of George Floyd in Minnesota.

The survey addressed all encounters with police, including traffic stops, reporting crimes and encountering officers in the community.

Gallup polled more than 36,400 members of its web panel for the survey, which has a margin of error between 1.4 and 2.2 points. Gallup said the margin was greater for some subsamples.