The American Federation of Teachers said its executive council passed a resolution authorizing local and state affiliates to strike if they feel their schools are unsafe to reopen this fall. Photo by Bill Greenblatt/UPI | License Photo

July 29 (UPI) -- As the Trump administration pushes for schools to reopen amid the coronavirus pandemic, the second-largest teachers union in the country has said it will strike in districts where it feels it is unsafe for schools to resume in-class instruction.

The American Federation of Teachers announced Tuesday that it has passed a resolution authorizing local and state affiliates to go on so-called safety strikes "as a last resort" to protect the health of students, union members and their communities from the deadly and infectious coronavirus.

"Nothing is off the table when it comes to the safety and health of those we represent and those we serve," the resolution passed by the AFT executive council late last week said.

The union of more than 1.7 million members voted on the resolution Friday, a day after the U.S. Centers for Disease Control and Prevention published guidelines arguing for schools to reopen with in-class instruction this fall despite surging coronavirus cases in several states.

The union in late April released its plan for schools to reopen, urging the White House to only allow the academic year to resume if certain parameters, such as reporting declining cases for at least 14 consecutive days and infusions of funding to institutions and hospitals, were met.

Both President Donald Trump and Education Secretary Betsy DeVos have been urging for schools to reopen, but the AFT accuses them of doing so in disregard of the science and blames the Trump administration's "willful denial and lack of national planning" for the country's current economic and health "catastrophe," the resolution states.

In a scathing speech criticizing Trump at the AFT Biennial Convention, the union's president, Randi Weingarten, demanded resources from the federal government, stating if they can help the cruise industry and hedge funds, "they sure as hell can help working families and can help educators ensure our kids get the education they need."

"We will fight on all fronts for the safety of our students and their educators," she said. "But if authorities don't protect the safety and health of those we represent and those we serve, as our executive council voted last week, nothing is off the table."

On Monday, Senate Republicans introduced a $1 trillion coronavirus relief package that includes $70 billion to help schools reopen but was seen by Democrats as not enough.

In the resolution, the AFT estimated the cost to safely reopen at some $400 billion.

Last month, the Council of Chief State School Officers, a nonpartisan, nonprofit organization of public education officials, estimated the cost to safely open schools this fall at between $158 billion and $244 billion.

"It's the 11th hour," Weingarten said. "We need resources now. Our message has gotten through, but we haven't gotten what we need."

U.S. News // 38 minutes ago
Ex-cop Derek Chauvin chooses not to testify in trial for George Floyd's death
April 15 (UPI) -- Defense attorneys in the criminal trial of former Minneapolis police officer Derek Chauvin rested on Thursday, without Chauvin taking the stand to defend himself against charges over the death of George Floyd last year. 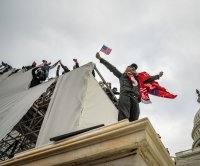 U.S. News // 1 hour ago
Capitol Police IG says dept. needs reform, culture change after Jan. 6 attack
April 15 (UPI) -- Officers were not prepared to deal with the mob that attacked the U.S. Capitol on Jan. 6, despite warnings of potential violence, according to congressional testimony from the Capitol Police inspector general. 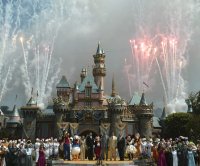 U.S. News // 1 hour ago
Disneyland begins selling tickets for park's reopening this month
April 15 (UPI) -- Disneyland is still a couple weeks away from its grand reopening, but tickets to return to the family resort for the first time in more than a year went on sale Thursday.

U.S. News // 5 hours ago
Millions of U.S. workers still must make tax payments by deadline Thursday
April 15 (UPI) -- While most Americans don't have to file their taxes by Thursday, which is the traditional Tax Day in the United States, there are millions of people who still have to make the April 15 deadline.

U.S. News // 8 hours ago
House panel approves bill to pave way for slavery reparations
April 15 (UPI) -- A House committee approved legislation late Wednesday to pave the way for reparations to ancestors of enslaved Black Americans, though the bill has an uphill battle to become law.