Health and Human Services Secretary Alex Azar speaks to reporters in the Rose Garden of the White House on May 15. File Photo by Stefani Reynolds/UPI | License Photo

July 22 (UPI) -- The U.S. government on Wednesday announced it has entered an agreement with drugmaker Pfizer and partner BioNTech to produce and deliver 100 million doses of a COVID-19 vaccine by the end of the year.

Officials said the Defense and Health and Human Services departments are parties to the agreement, which also allows the government to acquire an additional 500 million doses. After it is approved, the vaccine will be available at no cost, they said.

The $2 billion deal involves the BNT162 vaccine candidate being developed by Pfizer and BioNTech, the companies said.

The goal of Operation Warp Speed, the federal and private venture to develop a COVID-19 vaccine, is to begin delivering 300 million doses next year.

"Through Operation Warp Speed, we are assembling a portfolio of vaccines to increase the odds that the American people will have at least one safe, effective vaccine as soon as the end of this year," HHS Secretary Alex Azar said in a statement. "Depending on success in clinical trials, today's agreement will enable the delivery of approximately 100 million doses of vaccine being developed by Pfizer and BioNTech."

Pfizer Chairman and CEO Albert Bourla said the company is committed to "making the impossible possible" by producing a vaccine in record time.

"We made the early decision to begin clinical work and large-scale manufacturing at our own risk to ensure that product would be available immediately if our clinical trials prove successful and an Emergency Use Authorization is granted," he said in a statement.

"I believe the probability is high that the biopharmaceutical industry will be able to develop one or more safe and effective vaccines," he said.

Wednesday's agreement comes two days after Pfizer and BioNTech reported positive testing results for their BNT162 candidates. They're evaluating at least four potential vaccines in the BNT16 program, all based on the messenger RNA technique.

HHS said the Pfizer/BioNTech vaccines are being developed without financial support from the government. 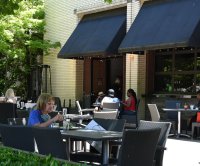