Farm workers hoe the rows in Moss Landing, Calif., on April 28. Most farmers who identify as self-employed were unable to receive loans under the Paycheck Protection Program. File Photo by Terry Schmitt/UPI | License Photo

July 21 (UPI) -- U.S. farmers have called on Congress to pass legislation giving more emergency funding to agricultural businesses as the industry faces billions of dollars in losses due to the coronavirus crisis.

The Republican-led Senate is expected to pass a coronavirus relief bill by the end of July, rivaling a $3 trillion package approved by the House in May.

Farmers are hoping the next relief package will include more funds for them after many were shut out of the Paycheck Protection Program.

R.J. Karney, a representative rom the American Farm Bureau Federation, said about 86% of farmers who identify as self-employed weren't eligible for loans under the PPP because they lost money during last year's trade wars with China.

"The way the regulations are currently written, if a sole proprietor has a zero or negative net farm income, they are essentially ineligible to participate in the Paycheck Protection Program, he said, according to KXAN-TV in Austin, Texas.

Sen. John Cornyn, R-Texas, said making more funds available under the PPP would be one of the Senate's priorities as it debates its forthcoming stimulus package, which the Democrat-led House will also need to approve before it can be signed by President Donald Trump.

"We knew that doing something that big and that fast ... it wasn't going to be perfect, but we knew it was an emergency," Cornyn said of the PPP, which was established in a March stimulus package and later extended.

The National Pork Producers Council is also calling for more funding to help offset the monetary losses from the disruption of the supply chain earlier this year. COVID-19 outbreaks caused some meatpacking plants to close down for close to a month, causing some farmers to euthanize their livestock.

Steve Meyer, an economist with Kerns & Associates, said there's a backup of an estimated 2 million hogs on farms, creating "an unprecedented emergency." Speaking at the NPPC, he said hog farmers are looking at about $5 billion in economic losses for the year.

"This is, by far, the worst financial disaster ever for American hog farmers, who were already in a weakened financial position due to two years of trade retaliation," he said.

NPPC President Howard "AV" Roth called on Congress to provide "a critical lifeline" to farmers to offset the losses.

Meanwhile, the New York Farm Bureau released the results of a member survey Tuesday that found that 65% of the state's farms have been negatively impacted by the coronavirus. Some 43% of farms say they've lost sales, 37% have experienced cash flow problems and 47% said they've reduced their spending.

"What we found with this survey is that no farm was untouched by the pandemic or the economic fallout," said New York Farm Bureau President David Fisher. "All of this underscores the need to continue to invest in our food system while also making health and safety a priority.

"As the state and federal governments look toward potential budget cuts and additional COVID-19 assistance, agriculture must be a part of the discussion." 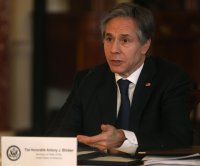 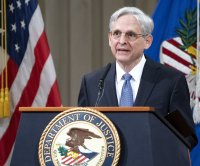 U.S. News // 11 hours ago
U.S. expresses 'deep concern' of Russia's military buildup near Ukraine
April 19 (UPI) -- The United States on Monday expressed its "deep concern" over the Kremlin's plan to block foreign naval ships and other state vessels from the Black Sea.