Florida teachers filed a lawsuit Monday to block efforts to re-open schools to in-person learning while COVID-19 cases are increasing in the state. Photo by Oleksandr Berezko/Shutterstock

July 20 (UPI) -- The Florida teachers union filed a lawsuit Monday asking to delay the start of the school year and to re-evaluate the "reckless and unsafe reopening" of public schools for in-person classes.

"Governor DeSantis needs a reality check, and we are attempting to provide one," said Florida Education Association President Fedrick Ingram at a press conference. "The governor needs to accept the reality of the situation here in Florida, where the virus is surging out of control."

"Everyone wants schools to reopen, but we don't want to begin in-person teaching, face an explosion of cases and sickness, then be forced to return to distance learning," Ingram added.

State education chief Corcoran, a former Republican House Speaker, announced on July 6 that state public schools would reopen in August. He later walked back the order saying he recommended that school districts offer 180 days of instruction and that schools would submit their own plans to reopen based on local conditions, encouraging districts to offer "complete flexibility" to parents.

Alberto Carvalho, superintendent of Miami-Dade County Public Schools said it was too early to say whether school would reopen on Aug. 24 for the district's 350,000 public school students.

In Florida, more than 10,000 confirmed positive cases of coronavirus per day have been reported in the state for 12 days running. The state has reported a total of 360,400 cases and 10,347 deaths. The average daily rate has been 114 deaths per day for the past week.

The state has recorded hot spots in Miami-Dade and Broward counties as well as Osceola County south of Orlando and in counties around Bay and Escambia counties in the northwest panhandle.

In New Jersey, Gov. Phil Murphy announced Monday that all children would have the option of attending school via online classes in the fall. The state's Department of Education would be releasing guidance this week allowing parents to choose all-remote learning for their children, the governor said.

"There are a lot of moving parts with back to school. This is about as complex a step as we will take ... and we want to make sure we get it right," Murphy said.

RELATED Republicans to limit crowds at national convention in Jacksonville

New Jersey has seen a drop to fewer than nine confirmed new cases per county per day. Since the pandemic began, the state has reported a total of 178,937 confirmed cases, with a total of 15,715 deaths, according to the state health department.

In Arizona, where cases are rising, a group of 87 doctors sent a letter to Gov. Doug Ducey asking that state schools remain closed and schools teach via online learning for at least the first quarter of the year.

"Many of us are also parents of school-age children," the letter says. "The tremendous pressure to return to in-person schooling in August is ill advised and dangerous given the uncontrolled spread of Covid-19 in our community."

Students in Phoenix also released a video asking Ducey for a state policy on returning to in-person classes. An Arizona elementary school teacher died of COVID-19 in June after teaching summer school with "extra precautions." Two of her fellow teachers also caught the virus.

Ducey had announced that the state was still considering reopening schools on Aug. 17.

"I want you to know that Arizona will be opening for learning this school year," Ducey said during a press conference Thursday.

The Arizona state health department reported 145,183 confirmed cases as of Monday, with 2,784 deaths. More than 1,500 new cases were reported on Monday.

"Schools must provide meaningful instruction during this pandemic whether they're physically open or not," Newsom said Monday. "We all prefer in-classroom instruction for all the obvious reasons, but only if it can be done safely."

To open for in-person learning, a school district's local county health department must be off the state's COVID-19 watch list for 14 days. Thirty-three of the state's 58 counties, housing about 80% of California's population, are on the watchlist now.

Los Angeles Mayor Eric Garcetti said Sunday that the city reopened too early and is on the brink of a new lockdown.

New California rules for K-12 schools include sending all classmates home if a student in a class is found positive for COVID-19. The state's new rules will mandate that entire districts will close down and teach via remote learning if 25% of a district's students or teachers test positive for the virus. Schools will close down if 5% of teachers or students test positive.

California reported a record number of new hospitalizations Sunday and reported 6,846 new cases on Monday for a total of 391,538 and nine new deaths for a death toll of 7,694. 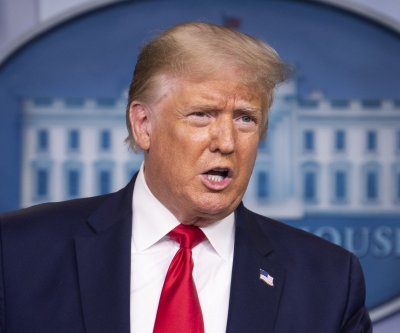 U.S. News // 3 hours ago
Kentucky expands mail-in, early voting for November election
Aug. 14 (UPI) -- All voters in Kentucky will be allowed to vote by mail in the November election if they're concerned about the risks of catching COVID-19, Gov. Andy Beshear said Friday.

U.S. News // 4 hours ago
U.S., Canada, Mexico extend border restrictions during pandemic
Aug. 14 (UPI) -- The United States announced Friday that it's extending its border closures with Canada and Mexico for another month.

U.S. News // 7 hours ago
Lawmakers recess until September without COVID-19 stimulus deal
Aug. 14 (UPI) -- Congressional lawmakers have left Capitol Hill for the remainder of the August recess, without a deal for the next COVID-19 relief package, which is expected to send another stimulus payment to most Americans. 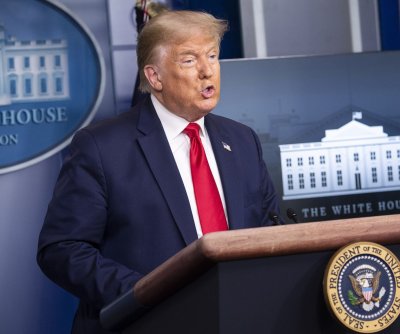 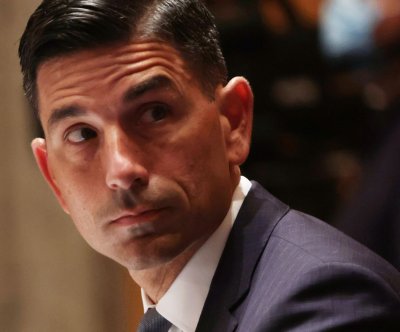