July 15 (UPI) -- Twitter on Wednesday said it identified a coordinated attack on employees that led to the accounts of several high profile people including Barack Obama, Joe Biden, Jeff Bezos, Bill Gates and Elon Musk tweeting out a cryptocurrency scam.

Twitter Support tweeted that the posts soliciting cryptocurrency payments were part of a "coordinated social engineering attack" that successfully targeted Twitter employees with access to internal systems and tools.

"We know they used this access to take control of many highly-visible (including verified) accounts and tweet on their behalf," Twitter said. "We're looking into what other malicious activity they may have conducted or information they may have accessed and will share more here as we have it."

Twitter said that it immediately locked down the affected accounts and removed the tweets posted by the attackers while taking further action to prevent other verified accounts that had not shown evidence of being compromised from tweeting or changing their passwords briefly Wednesday evening.

The company said the compromised accounts remain locked and will be returned to the original owners "only when we are certain we can do so securely."

The affected accounts, which also included rapper Kanye West, investor Warren Buffet and Apple's official account, all sent out messages including the same bitcoin account promising to double any amount sent to it.

"We remain in touch with Twitter on the matter," his campaign said.

A representative for Gates also confirmed to The Verge that the Microsoft co-founder did not send the tweet.

The tweets began at about 3 p.m. and the bitcoin account associated with the messages has received about $100,000.

U.S. News // 2 hours ago
Supreme Court denies immigrant chance to cancel his deportation
March 4 (UPI) -- The Supreme Court ruled Thursday against Clemente Pereida, who lived in the United States undocumented for 25 years but had hoped to present his immigration case to stay in front of a judge.

U.S. News // 6 hours ago
U.S. road deaths increased in 2020 despite major decline in traffic, report shows
March 4 (UPI) -- Despite a dramatic decrease in the number of drivers on U.S. roads last year due to COVID-19, motor vehicle deaths nationwide in 2020 still increased by almost 10%, according to an analysis Thursday.

U.S. News // 8 hours ago
CEO of Texas power grid operator terminated in aftermath of storm
March 4 (UPI) -- The board overseeing the Electric Reliability Council of Texas, the independent nonprofit entity that operates and manages the electricity grid that covers much of Texas, fired ERCOT CEO Bill Magness. 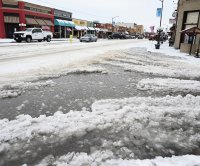 U.S. News // 9 hours ago
Damages from February winter storms could be as high as $155 billion
Power outages, insurance claims and millions of impacted residents are adding up to make the coast-to-coast winter weather last month even more costly than the historic 2020 hurricane season. 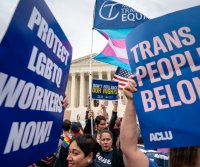