Ginsburg was initially evaluated at Sibley Memorial Hospital in Washington, D.C., on Monday night after experiencing fever and chills and was admitted to Johns Hopkins Hospital in Baltimore on Tuesday morning, according to a statement.

"She underwent an endoscopic procedure at Johns Hopkins this afternoon to clean out a bile duct stent that was placed last August," the Supreme Court said. "The justice is resting comfortably and will stay in the hospital for a few days to receive intravenous antibiotic treatment."

Ginsburg, 87, participated in oral arguments from a hospital room while recovering from a benign gallbladder condition in May.

She was also hospitalized in November after being admitted for chills and a fever. She was previously treated for a tumor on her pancreas in August and has been treated for colon and pancreatic cancer in the past.

U.S. News // 2 hours ago
Disneyland, Disney World will again require masks indoors beginning Friday
July 29 (UPI) -- Disney Parks announced Thursday that it will go back to requiring all guests to wear face masks indoors due to an increase of COVID-19 cases nationwide fueled by the more contagious Delta variant.

U.S. News // 3 hours ago
Uber offers free digital language courses for drivers worldwide
July 29 (UPI) -- Ride-share company Uber announced on Thursday that its drivers will soon be able to learn a new language at no cost, as part of an employee improvement initiative. 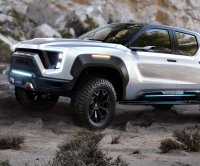 U.S. News // 4 hours ago
Emergent Biosolutions resumes COVID-19 vaccine production
July 29 (UPI) -- Emergent BioSolutions said Thursday it will resume manufacturing bulk drug substances for Johnson & Johnson's COVID-19 vaccine after an extensive review prompted by the ruining of millions of doses at one of its plants. 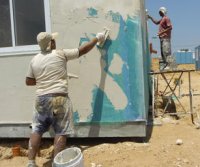