The U.S. government is preparing to end a 17-year moratorium on federal executions Monday. File Photo by Paul Buck/EPA

July 12 (UPI) -- The U.S. government is set to carry out its first execution in more than 17 years Monday after an appeals court lifted a temporary injunction.

Daniel Lewis Lee, who was sentenced to death for his role as an accomplice in the 1996 murders of William Mueller, his wife, Nancy Mueller, and his stepdaughter Sarah Powell in Georgia is expected to be the first of three federal executions this week, the result of a yearlong effort by Attorney General William Barr to resume capital punishment.

The federal 7th Circuit Court of Appeals on Sunday overturned a temporary injunction by U.S. District Judge Jane Magnus-Stinson in response to a lawsuit filed by family members of the victims, including Nancy Mueller's mother, Earlene Peterson, sister Kimma Gurel and niece Monica Veillete, asking for Lee's execution to be postponed as they would be unable to attend due to the coronavirus.

The 7th Circuit, however, ruled that no federal statute or regulation gives them a right to attend Lee's execution.

"Needless to say, executions are not public proceedings," the court wrote. "The Federal Death Penalty Act makes no mention of witnesses, whether members of the victim's family or others."

Baker Kurrus, an attorney for the families, said they would appeal the 7th Circuit's decision to the Supreme Court.

"My clients hope the Supreme Court and the federal government will respect their right to be present at the execution and delay it until travel is safe enough to make that possible," Kurrus said.

In their lawsuit, the families said the pandemic "ravaging the federal prison population" would put them at risk if they attended the execution, especially those family members considered to be medically vulnerable. Peterson must travel from Arkansas, and Gurel and Veillete must travel from Washington to attend the execution.

Robert Dunham, director of the Washington, D.C.-based Death Penalty Information Center, told UPI the federal government put the family members and other witnesses in an "untenable predicament" when it appealed the injunction. Even though the federal judge ordered the delay, they were then forced to decide whether to travel to Indiana for the execution in case upper courts overturned the ruling.

"At this point, whether the government is legally right or wrong doesn't even matter. What does it say about the people making these decisions and advancing these arguments on behalf of the Department of Justice that they are willing to risk killing vulnerable members of the victims' family so they can kill a prisoner in time for the election?" he said.

While individual states have carried out executions for the past four decades, federal executions have been on a moratorium -- official or otherwise -- since 2003. That year, the U.S. government put to death Gulf War veteran Louis Jones Jr. for the rape and murder of a fellow soldier, Pvt. Tracie McBride in 1995.

Last month, Peterson called on President Donald Trump to commute Lee's sentence to life imprisonment without the possibility of parole. She said his death would bring her family more pain.

"We feel Mr. Lee's execution would dishonor the memory of my daughter Nancy Ann and my granddaughter Sarah Elizabeth," she wrote.

She pointed out that the man who physically killed Sarah -- Chevie Kehoe -- is serving three life sentences and did not receive the death penalty.

More than 1,000 faith leaders have also called on Trump and Barr to halt the four scheduled executions. The federal Bureau of Prisons in June scheduled the executions of Wesley Purkey (Wednesday), Dustin Lee Honken (Friday) and Keith Dwayne Nelson (Aug. 28).

The leaders from a variety of faiths said that with the coronavirus pandemic, economic crisis and systemic racism in the justice system, the country should be focused on "protecting and preserving life, not carrying out executions."

Several executions scheduled for the spring and summer were delayed in Tennessee and Texas due to the COVID-19 pandemic. Lawyers argued that the investigations they do in the final months before the scheduled date couldn't be carried out because of stay-at-home orders and health concerns.

Barr ordered the federal government to resume capital punishment in July 2019, 16 years after the last federal execution. He told the Bureau of Prisons to schedule executions for five death row inmates starting in December 2019, but a number of injunctions delayed the dates until this month.

The four inmates who were originally scheduled to be executed in December -- Lee, Purkey, Honken and Alfred Bourgeois -- mounted a legal challenge against Barr's efforts. Bourgeois' execution has not been rescheduled.

At issue was the Justice Department's plan to institute a uniform lethal injection protocol rather than follow the individual protocols used by each state, which the law requires. Barr proposed using a single drug, pentobarbital, rather than the common three-drug cocktail used in many state executions.

Under a 1994 statute, all federal executions must be carried out in a "manner prescribed by the law of the state in which the sentence is imposed." Government attorneys had argued the drugs used in the protocol are irrelevant, since the method of execution -- lethal injection -- is the same.

The District of Columbia U.S. Circuit Court of Appeals lifted the injunction in April, giving Barr the green light to reschedule the executions.

In 2014, former President Barack Obama ordered then-Attorney General Eric Holder to review the use of the death penalty in the United States, effectively implementing a moratorium on executions. 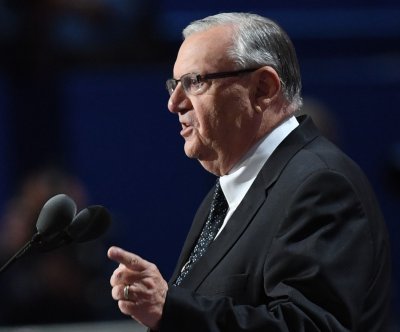 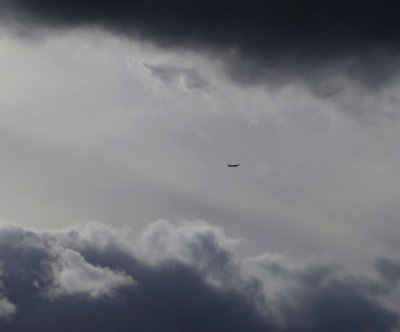