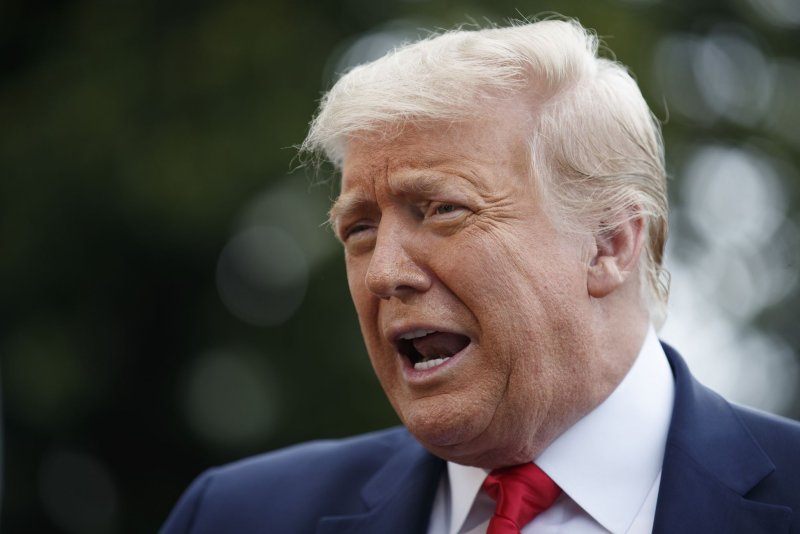 President Donald Trump, shown responding to a question from the news media as he walks to Marine One Friday, has postponed his rally in New Hampshire on Saturday. Photo by Shawn Thew/UPI | License Photo

July 10 (UPI) -- President Donald Trump has postponed his Saturday night outdoor rally near Portsmouth, N.H., because of Tropical Storm Fay, which is expected to drop heavy rain in the area Friday night and Saturday morning.

White House Press Secretary Kayleigh McEnany said the rally, which was scheduled to be held at the Portsmouth International Airport, will be postponed for up to two weeks but did not have a new date.

Trump issued his own tweet about the postponement Friday afternoon.

"With Tropical Storm Fay heading towards the Great State of New Hampshire this weekend, we are forced to reschedule our Portsmouth, New Hampshire Rally at the Portsmouth International Airport at Pease. Stay safe, we will be there soon," the president said.

Democrats had complained about past Trump rallies because of the coronavirus pandemic.

"I understand a lot of the anxieties that folks may have around any large gathering," New Hampshire Republican Gov. Chris Sununu said. "We heard similar concerns over the Black Lives Matter protests that happened, up to 1,000 people marching down the street in Manchester. We haven't had any (COVID-19) cases so far directly linked to large gatherings. It doesn't mean we can't or we won't, but it really keeps that elevated message where it needs to be."

Fay, with sustained winds of about 60 mph, is expected to run up the East Coast through New Jersey north and into Canada by Saturday night, according to the National Weather Service. 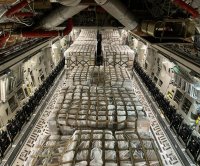 U.S. News // 1 day ago
Intense heat scorches much of the East Coast, with more still to come
A major spell of heat has arrived on the East Coast, bringing the season's highest temperatures for many and even setting daily records for some.

U.S. News // 1 day ago
Runner dies after finishing Brooklyn Half Marathon
May 22 (UPI) -- A 30-year-old runner collapsed and died at the finish line of the RBC Brooklyn Half Marathon and 15 others were taken to a hospital with injuries, the New York City Fire Department said.
Advertisement