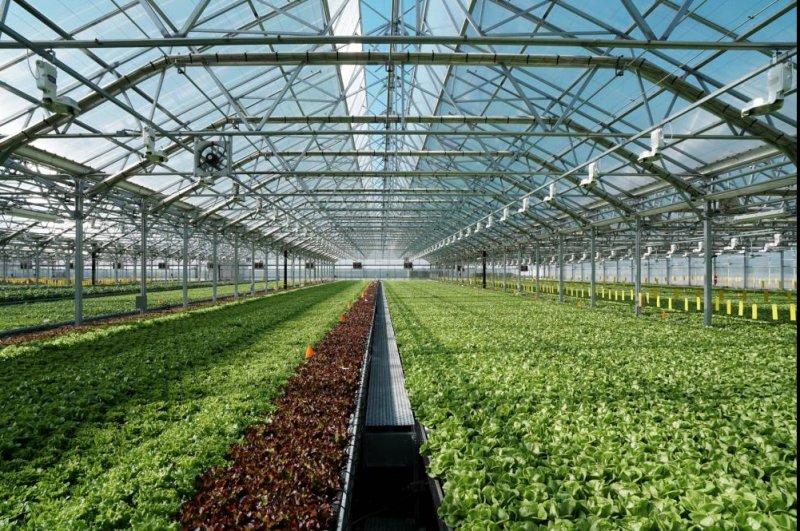 Indoor and hydroponic vegetables, like lettuce grown by Florida-based Kalera shown here, are attracting new interest from governments and organizations amid the coronavirus pandemic as people search for solutions to travel restrictions and supply chain operations. File Photo courtesy of Kalera

ORLANDO, Fla., July 9 (UPI) -- A Florida company that grows lettuce in greenhouses turned a desperate situation during the coronavirus pandemic into new opportunities, thanks to a nationwide upswing in produce purchases from indoor farms.

Orlando, Fla.-based Kalera had to give away an entire harvest in March when the company's commercial customers closed amid stay-at-home orders. But, like some other greenhouse operations around the country, Kalera found other customers and avoided layoffs or going out of business.

Indoor farms like Kalera produce food close to their customers, in clean, hygienic facilities. The process also is called vertical farming because produce is grown on racks, using hydroponics -- raising crops with water and nutrients, but without soil.

Good hygiene and a local supply are more important than ever during supply chain disruptions and waves of panic buying during the pandemic, said Daniel Malechuk, Kalera's chief executive officer.

"It was literally the day of our first harvest at a new facility when the state announced stay-at-home orders and many of our food-service customers closed overnight," Malechuk said about what the company faced in March.

"My reaction at first was massive disappointment. That would be an understatement. But we rolled up our sleeves and were determined to make the best of it," he said.

Kalera has developed its farm technology over the past 10 years and had built a demonstration farm and production facility in Orlando. To the CEO's dismay, the crops in the new greenhouse became ready for harvest just as Gov. Ron Desantis ordered all restaurants closed to indoor dining.

That meant Kalera -- and other farmers who faced similar closures around the nation -- had nowhere to sell their crops. Some growers buried their produce rather than shoulder the expense of harvesting crops without having buyers waiting.

Kalera had built a large grow house on the grounds of the Marriott resort to supply fresh lettuce and micro-greens to the kitchens there. But the resort has been closed for months, and does not plan to reopen until Aug. 1.

Instead of destroying the food, Malechuk donated his crop directly to local residents and food banks. That's also when he reached out to Florida-based Publix, one of the nation's largest grocery chains with more than 1,200 stores in the Southeast and Mid-Atlantic regions.

At first, Publix paid Kalera for some crops and donated the produce to food banks.

Worried about possibly laying off his workforce of about 100, Malechuk wrote a heartfelt email to a Publix executive with whom he previously corresponded. His subject line was "Humble Plea."

The email asked Publix to make Kalera a permanent supplier. It worked, and Kalera produce now is sold in hundreds of Publix stores.

"I knew Publix wasn't accepting new suppliers at that point, and I didn't think it would work," Malechuk said. "But I had to try, and I told Publix that."

"We were not only able to help their business -- and all the people who depend on them -- but our customers and our community," Epperson said in an email to UPI.

Kalera was not alone in turning a dismal outlook to a brighter future. Other indoor farm companies overcame difficulties during the pandemic and saw new opportunities.

His employees already had been wearing masks in growing areas before the pandemic struck. As coronavirus advanced, management added more levels of safety.

"We started detailed health screening calls, temperature checks, increased distancing. It was a hard time for everyone. We all knew people who tested positive, and we saw people lose their jobs," Puri said.

Gotham Greens soon saw increased demand from retail merchants for its greenhouse produce as other farmers around the country struggled to find labor for harvests and had difficulties shipping food across the country during the pandemic, the CEO said.

"The pandemic altered life around us, unfortunately, but it also showed that we can help ensure food security with indoor farming in controlled environments," Puri said. "These local supplies for growing produce are going to be important."

A number of other indoor farming operations found new customers -- and appreciation for their products -- during the pandemic, said Joel Cuello, a professor of agricultural and biosystems engineering at the University of Arizona and vice-chair of the Association for Vertical Farming, based in Munich, Germany.

"In the future, customers want to make sure they have reliable access to food nearby. Vertical farming can be hyper local, with a facility next to your restaurant or inside your grocery market if wanted," Cuello said.

As people value their health more during a global pandemic, nutrient-packed leafy greens are the most likely food that will be produced indoors, especially in remote areas with harsh environments, said Krishna Nemali, assistant professor of controlled environment agriculture at Purdue University in Indiana.

"In northern places, like Iceland or Alaska, or in desert regions, like the Middle East, they struggle to grow food outdoors, so they are turning more to hydroponics," Nemali said. "That's where we will see more demand."

Another vertical farm company, Indiana-based Green Sense Farms, also reported an increase in calls and inquiries to its sales staff from potential customers about its technology, said Robert Colangelo, a founder and CEO.

"What we found is the COVID virus caused people to look at the length of their supply chains. Long complex supply chains can really be disrupted," Colangelo said.

He said he has spoken to officials in various cities who want to learn more about setting up vertical farms.

"If you have a food desert [an area with few grocery stores] or a school or hospital in a remote area, you could produce greens right on your property or right next door for that," he said.