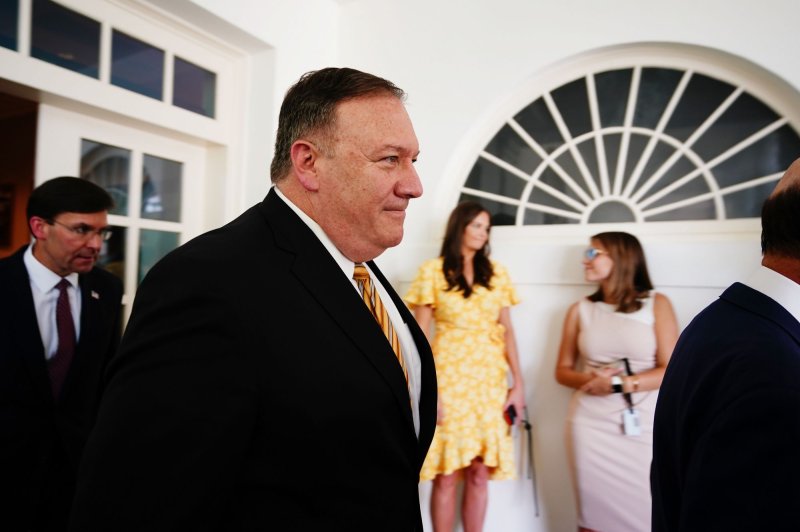 U.S. Secretary of State Mike Pompeo is seen in the Rose Garden of the White House on June 24. Wednesday, he said it's important to hold future talks with Russia. Photo by Jim Lo Scalzo/UPI | License Photo

July 1 (UPI) -- Secretary of State Mike Pompeo said Wednesday he feels it's important to hold ongoing talks with Russia, which may include future meetings at the next Group of Seven economic summit.

Speaking to reporters at a news conference, Pompeo said it's up to President Donald Trump to decide whether to invite Russia, which was expelled from the group in 2014 for annexing Crimea from Ukraine.

"When they were in this [group], they were causing problems," Pompeo said. "Out of it, they continue to present a risk to us.

"We need to talk to the Russians. The president gets to decide whether [he wants Russia to participate]. That's his decision. I do believe it is absolutely important that we have more frequent engagement with the Russians."

The next G7 summit was originally scheduled for Camp David in Maryland last month, but Trump postponed it until at least September due to the COVID-19 crisis. It's not yet known whether a full physical conference is being planned, or a summit via videoconferencing.

Possible Russian involvement became a bit more cloudy this week when it was reported that Russian military intelligence units in the past had offered bounties to Taliban fighters in Afghanistan to kill U.S. troops. The New York Times reported that an investigation by U.S. intelligence uncovered the bounties.

RELATED U.S. agrees to EU offer to create dialogue on China's threat to the West

"I don't want to jeopardize intelligence," Pompeo said several times at Wednesday's conference. "I'm not going to put at risk the young men and women in Afghanistan in the same way some news organizations have done. I simply won't.

"It is inappropriate. It's dangerous. And you ought not to want to be a part of that."

Trump on Wednesday called the "Russia bounty story" a hoax, but the the Senate intelligence committee is scheduled to receive a briefing on the matter on Wednesday afternoon.

Pompeo said although Russia has posed threats to the United States in Afghanistan in elsewhere, Iran has done the same.

"Iran continues to undermine what we're trying to accomplish in terms of peace and reconciliation in Afghanistan," he said. "We do everything we can and this president [is determined] in securing American freedom and protecting American soldiers."

"[Chinese President Xi Jingping] gets to make the decision how he wants to move his nation closer to something that is disconnected with the world in the most fundamental way," Pompeo noted.

"They talked about wanting to be good stewards and international players and comply with multilateral obligations, but when you're violating citizens' most fundamental freedoms, you should look to your actions."

U.S. News // 15 hours ago
'Lifetime' Oath Keepers member first to plead guilty in Jan. 6 Capitol attack
April 16 (UPI) -- Jon Schaffer, a member of the Oath Keepers, will be the first Capitol rioter to plead guilty to charges for his role in the Jan. 6 attack, according to court documents. 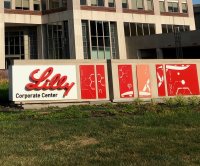 U.S. News // 19 hours ago
Eli Lilly asks FDA to revoke approval for use of antibody drug by itself
April 16 (UPI) -- Eli Lilly said Friday it's asked federal regulators to revoke emergency use authorization for lone use of its COVID-19 antibody bamlanivimab, as it develops a combination therapy with the drug it says is more effective.