Judge halts Trump's niece from publishing book about her uncle 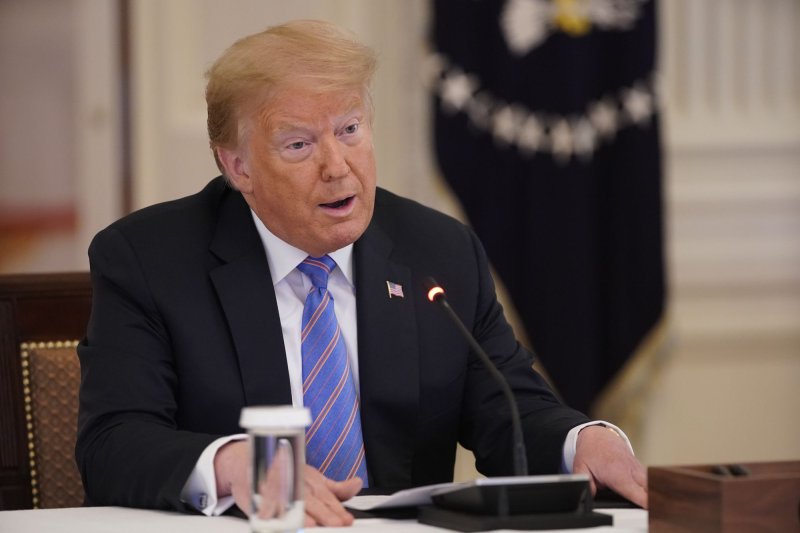 N.Y. Supreme Court Justice Hal Greenwald issued a temporary restraining order against Mary Trump and Simon & Schuster from publishing the book, titled "Too Much and Never Enough: How My Family Created the World's Most Dangerous Man," or any portion of it, which was otherwise set for release on July 28.

Arguments in the case continue and Greenwald ordered Mary Trump, attorneys, and the publisher to appear back in court on July 10.

President Trump's brother, Robert Trump, had requested the order, claiming that the book violated a non-disclosure agreement that was part of a settlement agreement over her inheritance from the estate of Fred Trump, her grand-uncle, after his death in 1999.

Mary Trump's uncle and siblings alleged she "lives primarily off the Trump income" and is "not gainfully employed," in an obscure court filing after a family feud over the inheritance decades ago, but she was working towards a new career and has since become a clinical psychologist.

Her lawyer, Ted Boutrous, said that they would file an immediate appeal.

"This book, which addresses matters of great public concern and importance about a sitting president in election year, should not be suppressed even for one day," Boutrous said.

Boutrous also called the order "a prior restraint on core political speech that flatly violates the First Amendment."

Harder added that his client would seek "enormous damages" against Mary Trump and Simon Schuster unless they dropped plans to release the book.

U.S. News // 58 minutes ago
Job growth in U.S. private sector weakened in July, economic report says
Aug. 4 (UPI) -- The U.S. economy added more than 300,000 private-sector jobs during July, a monthly report said Wednesday -- but it was only about half the total that most analysts were expecting.

U.S. News // 2 hours ago
Kroger to open ghost kitchens at U.S. grocery stores this fall
Aug. 4 (UPI) -- The largest grocery store chain in the United States announced on Wednesday that it's teaming up with a startup to place ghost kitchens in some supermarkets, starting this fall.

U.S. News // 18 hours ago
Lawyers seek to separate ex-officers' trials from Chauvin's in federal case
Aug. 3 (UPI) -- The lawyers for three former Minneapolis police officers facing federal charges related to the police killing of George Floyd asked to have their clients' trials separated from from that of fellow defendant Derek Chauvin
Advertisement