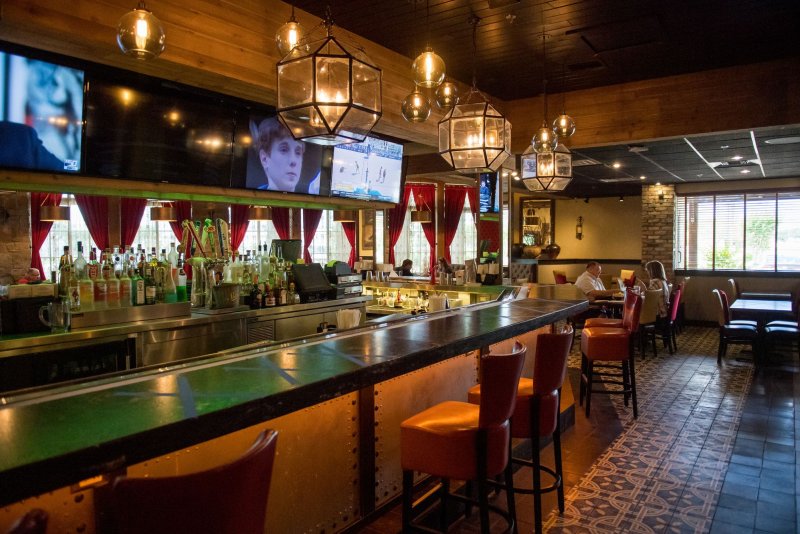 June 26 (UPI) -- Florida and Texas on Friday ordered the closure of bars as infections and hospitalizations from coronavirus spiked.

The United States registered more than 40,000 new infections in the previous 24 hours, setting a new record for cases in a single day.

Texas Gov. Greg Abbott signed an executive order shuttering bars and "similar establishments that receive more than 51 percent of their gross receipts from the sale of alcoholic beverages."

They were required to close at noon Friday, but allowed to remain open for delivery and takeout, including for alcoholic beverages.

Texas bars were initially allowed to operate at 50 percent capacity June 11 as part of Abbott's Phase 3 guidelines for reopening of the state's economy.

Abbott also ordered restaurants to limit dine-in service capacity to no more than 50 percent beginning Monday, while banning most outdoor gatherings of 100 or more people without prior approval from local governments.

The clampdown came after the state's positive test rate surged to 11.7 percent Thursday. Abbott warned earlier this month that a rate of about 10 percent would trigger new restrictions.

"At this time, it is clear that the rise in cases is largely driven by certain types of activities, including Texans congregating in bars," Abbott said in a statement. "The actions in this executive order are essential to our mission to swiftly contain this virus and enhance public health."

Saying he wanted the closures to be "as limited in duration as possible," Abbott reminded Texans they have a "responsibility to themselves and their loved ones to wear a mask, wash their hands, stay 6 feet apart from others in public and stay home if they can."

His actions were seen as a reversal from his stated position on Monday, when he declared that slowing down Texas' economic reopening "will always be the last option."

Halsey Beshears, secretary of the Florida Department of Business and Professional Regulation, announced the new restriction in a tweet.

"Effective immediately, the Department of Business and Professional Regulation is suspending on-premises consumption of alcohol at bars statewide," he said.

Beshears added that the order doesn't change current operations for restaurants, and only applies to establishments that derive more than 50 percent of their gross revenue from the sale of alcoholic beverages.

Despite those allowances, some establishments have closed in recent days due to the rising cases throughout the state.

The U.S. surge is most pronounced in states in the South and West, including Texas, Florida, Arizona and California.

In Arizona, health officials reported more than 3,000 new COVID-19 cases for the fifth time in eight days Friday. The total of 3,428 new infections was the second-highest ever recorded in the state.

Gov. Doug Ducey on Thursday implored residents to take more precautions, including staying home except when necessary and wearing face masks in public.

"The rate of the spread of this virus is unacceptable and it is time for us to step up our actions and our personal responsibilities regarding this virus," he said.

U.S. News // 2 hours ago
Woman charged with tampering in death of Vanessa Guillen on Fort Hood base
July 3 (UPI) -- A new federal criminal complaint says missing soldier Pfc. Vanessa Guillen was killed by a fellow soldier at Fort Hood, Texas, and his girlfriend helped to dismember and hide the body.

U.S. News // 9 hours ago
Trump administration calls for masks to be worn during air travel
July 3 (UPI) -- The Trump administration has issued guidance to airports and airlines to mandate the use of face coverings at all times as well as employ social distancing measures to prevent further spread of the coronavirus.