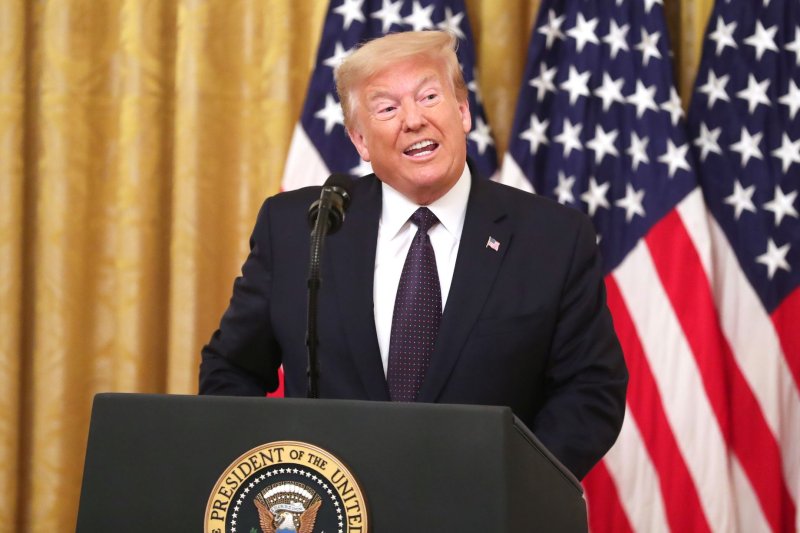 June 17 (UPI) -- President Donald Trump on Wednesday unveiled his administration's plan to reduce suicide among U.S. veterans, whom he described as the country's "most treasured heroes."

He discussed the President's Roadmap to Empower Veterans and End the National Tragedy of Suicide -- or PREVENTS -- task force during an event in the East Room of the White House.

"With honor and courage these incredible patriots performed their duty to America and now we must fulfill our duty," Trump said.

He described the suicide rate among veterans as a "tremendous, tremendous problem."

"They've been through so much and it's such a deep-seated problem."

White House officials outlined nine priorities and 10 recommendations for the PREVENTS task force with reporters earlier Wednesday. The task force was part of an executive order last year. Its primary goal is to unite government agencies and non-profit organizations on the issue.

"This is the first nationally focused effort on suicide," one senior White House official said. "The executive order was written intentionally as an aspirational effort. We can prevent suicides. In order to get there, we have to do a lot of things."

The administration stressed, however, that the work is needed at the community level rather than the federal level. Officials said the task force's recommendations will be "anchored" though community partnerships.

A summit a year ago convened more than 100 researchers, clinicians and decision-makers to discuss research and public health solutions to stop veteran suicides.

"We need to be able to support the good work that's already being done," the administration official added during Wednesday's call. "We are looking at, over this next year, what is currently available at the government across agencies."

The task force is working with Congress and advocates to pinpoint the gaps in the veteran suicide safety net and determine how to fill those vacancies. One significant boost, officials said, will come from changing the culture about mental health issues.

The White House said a planned national campaign will help bring about that change.

"Veterans live in our society and in our workplace. We need to reach those veterans who are not part of the VA to make sure our messaging is coordinated."

The PREVENTS task force also hopes to strike a balance between veterans and the use of firearms in suicides, the officials said, as some fear their weapon will be taken away if they report a mental health issue.

U.S. News // 2 hours ago
Matthew McConaughey says he won't run for Texas governor
Nov. 29 (UPI) -- Actor Matthew McConaughey on Sunday removed himself from consideration as a potential candidate for governor after months of toying with a campaign.

U.S. News // 3 hours ago
Mark Esper sues Pentagon for redacting memoir
Nov. 28 (UPI) -- Former Secretary of Defense Mark Esper filed a lawsuit against the Department of Defense on Sunday over redactions he was told to make in his forthcoming memoir about working within the Trump administration. 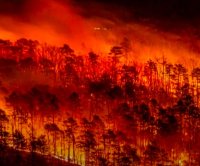 U.S. News // 9 hours ago
North Carolina Pilot Mountain Fire grows to 180 acres
Nov. 28 (UPI) -- Firefighters were working to contain a 180-acre fire in North Carolina's Pilot Mountain State Park Sunday that is likely to force the park to close for the remainder of the week.